The program begins with the Declaration of Chapultepec, which takes its name from the site of the conference where was drafted and adopted in March 1994.
The development program has had various phases: awareness about the Declaration and its principles through a campaign of national forums, workshops in newsrooms, VIP signing ceremonies (1996-2001); contact with the judicial branches to establish case laws in order to strengthen freedom of expression and of the press; and the promotion of laws on access to information in national legislations.
The Declaration has been signed so far by 78 countries officials, such as presidents, prime ministers, heads of government, former presidents, presidential candidates, mayors, congressmen, supreme courts magistrates, as well as journalists, civic leaders and politicians, international organizations and citizens in general.
The text of the Declaration of Chapultepec was the basis of the Declaration of Principles on Freedom of Expression, a document of the Interamerican Commission on Human Rights of the OAS adopted in 2001.
Current efforts focus in expanding the influence of the Declaration on youth, students of journalism and more newsrooms in order to strengthen their capacity to identify violations of freedom of expression in their communities. For this purpose the IAPA have held webinars to explain and discuss the principles of the Declaration.
As part of the main activities of the Program, the IAPA has organized international conferences of supreme court judges, legislators, lawyers, academics and students in collaboration with the U.S. and Latin American universities to stand out in front of students, teachers and journalists the essence of the Declaration of Chapultepec and its importance today.
The program was launched with financial support from the Robert R. McCormick Tribune Foundation. It is currently sponsored in part by The McClatchy Foundation Fund in San Francisco and IAPApartners.
Chapultepec Committee 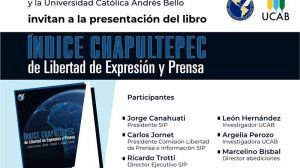 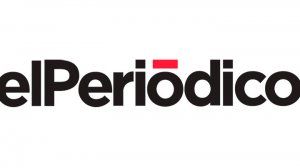