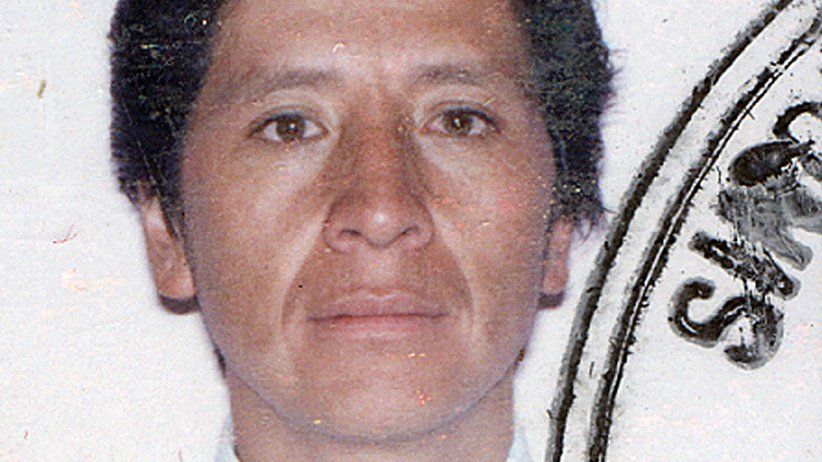 Aa
Downloads
0
0
Tweet
$.-
Cases: Bolivia, Cases investigated by IAPA
Date : 2001-07-29
Place of birth: La Paz, Bolivia
Age at death: 39
Marital status: Married
Place of birth: La Paz, Bolivia
Age at death: 39
Marital status: Married
History
Case Summary
Date of murder: July 29, 2001
How and where murdered: He was shot at close range during a clash of rival groups in Catavi, Los Andes province, 310 miles from La Paz.
Possible motives: He was marching at the head of a column, carrying a camera and tape-recorder. He may have been recognized because of his job or he could have been hit by a stray bullet. The sun had not yet come up, according to eye-witnesses.
Suspected perpetrators/people involved: Eight people have been arrested. One of them, Eugenio Limachi Mamani, showed signs on the palm of his right hand of having fired a gun, according to police forensic experts. There were nine shots. One hit Encinas, another wounded Juan Mario Ticona Limachi, a resident of Catavi, in the arm.
Irregularities in the case: Police, according to local residents, took a long time to get to the crime scene. Encinas died en route to the clinic where he was to be treated, more than three hours after being wounded in the lower abdomen. The judge, at the request of the district attorney, issued a warrant for the arrest of eight people, later freed on bail but subsequently re-arrested. The district attorney has six months to complete his investigation.
News
Invitación a la impunidad
Reports Cases
1400 days and every night
A thorn in the side
Judicial Proceedings
Journalist, a stringer for television news programs and a radio program in Catavi, Los Andes province.