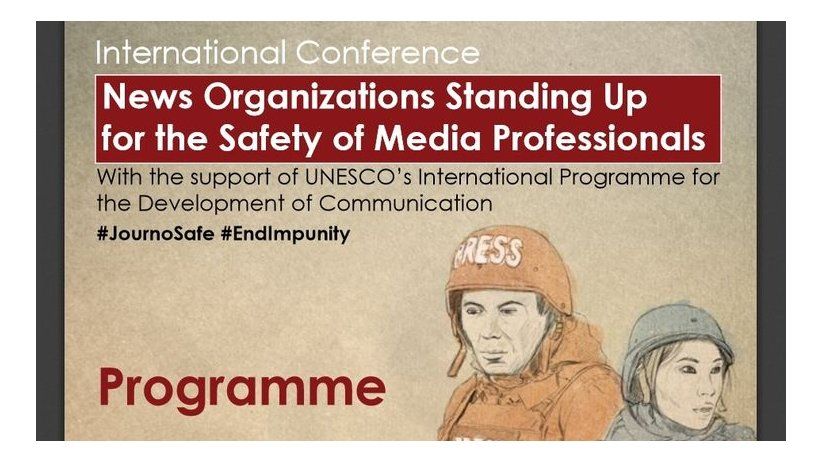 Paris, 8 February 2016 —Close to 300 media leaders from around the world have shared ideas for urgent action to enhance the safety of journalists and end impunity for attacks on them.

The concrete actions that news organizations can take include: adopting safety protocols for newsrooms, taking advantage of safety training provided by NGOs, conducting risk analysis, and supporting freelancers. Other ideas raised were the use of mobile apps for journalists to report attacks, and coverage to raise awareness and show solidarity.

The Paris conference News Organizations Standing up for the Safety of Media Professionals, which also involved dialogue with UNESCO Member States representatives, was marked by the active participation of media industry leaders, unions and social media. It helped strengthen the media as a key actor, in providing safety for journalists and tackling impunity.

Participants at the Paris meeting also highlighted the importance of strengthening solidarity between media, from local and community radio to mainstream media. "One of the most important points of the conference is that we saw that the whole world was supporting us," said Jesus Dureza, Publisher of the Mindanao Times and President of the Association of the media owners of Philippines (PPI). "We saw that we are not alone. And you can't underestimate the importance of this feeling."

A smaller follow-up meeting on 6 February gathered 25 participants from the conference who explored additional steps such as setting up national mechanisms to monitor and report on safety and impunity. It also gave further attention to the status of freelancers in dangerous areas and tools to that can help improve their safety and protection, such as the Global Safety Principles and Practices for Freelancers developed by the ACOS (A Culture of Safety) alliance.

During the 5 February conference, UNESCO Director-General Irina Bokova, stressed in her remarks the importance of "building broad base co-operation, to enhance safety of journalists and end impunity" in the framework of the UN Plan of Action of Safety of Journalists. The Director General also announced that she "agreed on the importance of the proposal for a special representative on journalist safety, within the Office of the United Nations Secretary General".

Jim Boumelha of the International Federation of Journalists called for greater action by governments and the UN to protect journalists, while Erik Bjerager, of the World Editors Forum, said the media itself could do much more.

Monica Maggioni, President of RAI highlighted that the nature of conflict is changing and it is becoming more dangerous for media companies to decide to send their reporters to report from the battlefield, since some extremists "consider journalists to be an instrument in war". Doug Jehl, foreign editor at The Washington Post reiterated that journalists are being persecuted, not only because of what they write but what they represent.

Cilla Benkö, Director General of Swedish Radio and Mustafa Souag, acting Director-General of Al Jazeera, reiterated that democracy needs journalists to be alive, but that in recent years they observe that the number of attacks is growing. Veran Matic from Serbia's B94 pointed out that the morale of the professional community suffers if the murder of fellow colleagues is not solved.

Pavel Andreev, Deputy editor-in-chief of Russia's Sputnik news agency, said: "The problem starts with the newsroom. Unless we start reporting on these issues ourselves nobody will pick it up for us. There is an issue of selective reporting – we cannot allow ourselves to report one death but not others. We have to cover all killings and wrongdoings against journalists no matter where, leave aside double standards. We have to stop talking about journalists deceased in the line of duty as martyrs but as heroes."

UNESCO's Director for Freedom of Expression and Media Development, Guy Berger spoke of the symbiotic relationship between press freedom and safety of journalists.

On the occasion of the conference, Reporters Without Borders and UNESCO also officially launched the latest edition of the Safety Guide for Journalists: A handbook for reporters in high-risk environments. The 130-page guide, accessible online in Arabic, English, French and Spanish, offers essential information and practical advice for journalists to assist them before, during and after assignments in dangerous areas.

The conference was organized under the auspices of UNESCO's International Programme for the Development of Communication, and supported by six media groupings, a foundation and six Member States. 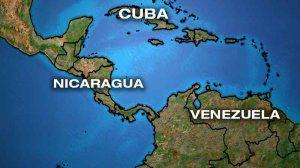 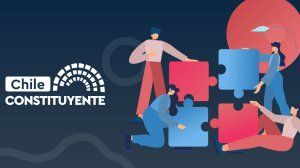