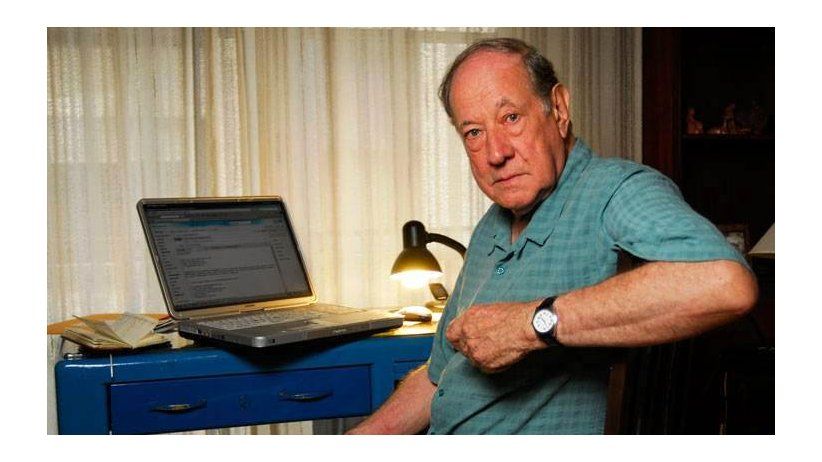 President Barack Obama mentioned former IAPA president Robert Cox as one of the prominent journalists denouncing atrocities by the dictatorship in Argentina while he was the editor of the Buenos Aires Herald during his speech today (March 24) at the Parque de la Memoria park, an event in which he participated along with President Mauricio Macri to honor the victims on the 40th anniversary of the coup d-état .

The mention was a great surprise for Robert and his wife, Maud, although they suspected that something would occur due to the insistent invitation by the White House for them to be present at this event.

In an interview with the Buenos Aires Herald on why he had traveled to Argentina Cox replied, "The White House sent us an e-mail while we were in Atlanta, wanting us very much to come as they were aware of the role we played in the dictatorship. What is so wonderful is that this is a chance to really clear up things. The American role in the last military dictatorship is misinterpreted, unknown, and this event will help to get the truth out."

The Buenos Aires Herald reporter also asked him "Why do you think Obama's visit is so important on the anniversary?" Cox replied that "this is a chance for Argentina to get on the right side of history, to move things forward. Despite whatever the Mothers (of Plaza de Mayo) might say or behave. It should help bring things to a full circle. The truth will get out eventually."

The IAPA paid homage to Cox and his family at its recent General Assembly in Charleston, South Carolina, for his public denunciations during the dictatorship and the support he had offered to the victims and their families, up to the time that his family abandoned the country in the face of warnings and threats. IAPA President Pierre Manigault praised Cox's bravery and expressed his admiration. "He has been a tremendous inspiration for me; he is my mentor and friend, a friend of my family. He is the personification of all that which the IAPA supports in its fight for freedom of expression in the Americas."

Then in his speech accepting the presidency of the IAPA Manigault had added, "As Bob Cox so clearly reminded us last night, we must never forget what can happen in the vacuum of silence. We must remember that democracy cannot exist without freedom of expression and a free media."

National campaign to protect press freedom in the United States