IAPA and experts on Cuba get together at OAS 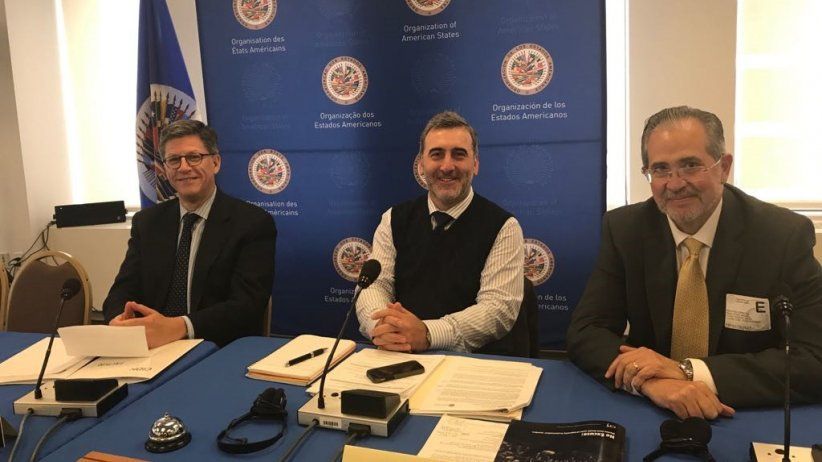 Miguel Henrique Otero represented the organization at a meeting before the IACHR regarding the human rights situation in Cuba.

Miguel Henrique Otero, editor of the Caracas, Venezuela, newspaper El Nacional, represented the Inter American Press Association at a meeting yesterday before the Inter-American Commission of Human Rights (IACHR) in which he declared that "the changes in Cuba concerning human rights have been very precarious with regard to the opening up" and criticized the lack of freedom of expression and of the press in that country.

Despite the fact that the government of Cuba was excluded from participation in the Inter-American System on January 31, 1962 the IACHR, and the Special Rapporteur's Office since it was created 20 years ago, has always carried out ongoing and constant work on human rights and press freedom, issuing reports and precautionary measures.

During the meeting, in which there were presentations by José Miguel Vivanco, executive director for the Americas Division of Human Rights Watch, and Joan Barata, an expert on issues of freedom of expression in media and media regulation, evaluated the opening up that was fostered by the Barack Obama presidency. Concerning freedom of expression it was shown that there have been no changes regarding the traditional media, all under the power of the state, and that the Internet is enabling Cubans to have more access to information.

The IAPA representative, Otero, vice chairman for Venezuela of the IAPA's Committee on Freedom of the Press and Information, said that among other issues the harassment and repression of journalists, bloggers and various independent viewpoints is being maintained through arrests, temporary detentions, threats of imprisonment, police and labor summonses and interrogations.

He added that it is fundamental that there be included in the U.S.-Cuba bilateral agenda respect for the right to freedom of expression and freedom of the press in that country and expressed a critical opinion of the new relationship. He said, "Obama has been short-sighted, having put the matter of Venezuela in second place, preferring not to change anything, as the opening up is being financially sustained by the gift of 90,000 barrels of oil by President Nicolás Maduro to Castro."

"The changes in Cuba regarding other human rights have been very precarious as has the effect of the opening up," Otero concluded.