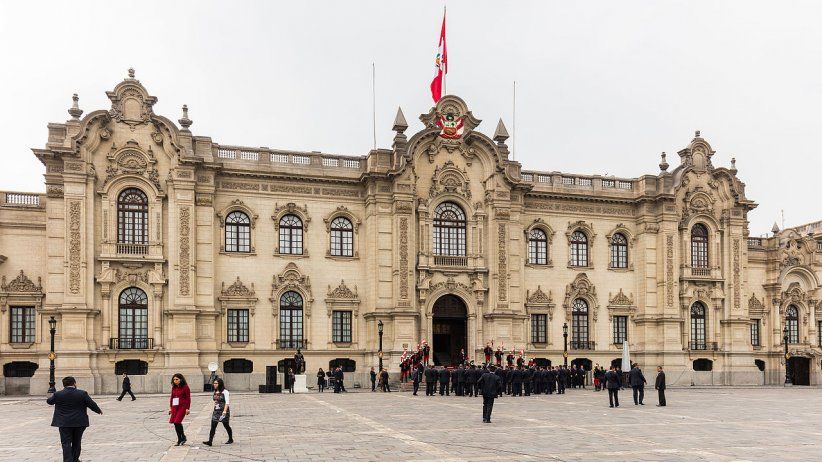 As part of the commemoration in Lima of World Press Freedom Day on May 3, also meeting with officials of the judicial and legislative branches of government and a forum at the Peruvian University of Applied Sciences.

MIAMI, Florida (May 2, 2017)—An international delegation of the Inter American Press Association (IAPA) will be in Peru May 3-4, visiting President Pedro Pablo Kuczynski and meeting with officials of the judicial and legislative branches of government to discuss issues of press freedom in the South American country.

Within the framework of World Press Freedom Day to be celebrated tomorrow (May 3) the IAPA representatives will be attending an official ceremony at the Government Palace, where President Kuczynski will sign the Declaration of Chapultepec, a 10-principle document on freedom of expression and of the press.

At the Peruvian Congress the IAPA group will interview Constitution Committee Chairman Miguel Torres and Congresswoman Úrsula Letona, co-author of the legislative bill titled "Law to protect the people's information freedoms and rights."

In addition to Sanders the IAPA international delegation will be made up of Roberto Rock, chairman of the Committee on Freedom of the Press and Information, editor of the portal La Silla Rota, Mexico City, Mexico; José Roberto Dutriz, chairman of the Chapultepec Committee, president of La Prensa Gráfica, San Salvador, El Salvador, and Ricardo Trotti, IAPA Executive Director, Miami, Florida.

The IAPA is also represented in Peru by Alejandro Miró Quesada, a former president of the organization, editor of the magazine Cosas; Gustavo Mohme, also a former IAPA president, editor of La República; Silvia Miró Quesada, president of the Press Institute, Journalistic Services Editor of El Comercio; María Eugenia Mohme, member of the IAPA Board of Directors, chair of the board of Grupo La República S.A.; Gonzalo Zegarra, chairman of the Legal Committee, editor-in-chief of Semana Económica; Fernando Berckemeyer, vice chairman for Peru of the Committee on Freedom of the Press and Information, editor-in-chief of El Comercio, and Luis Agois, chairman of the board of Prensmart.

On May 4, as part of the commemoration of World Press Freedom Day, there will be held a forum at the Peruvian University of Applied Sciences at which President Kuczynski has confirmed his presence and which will be officially opened by Rector Edward Roekaert.

The forum will consist of two panel discussions, one titled "Press Freedom in An Age of Social Media" in which there will be taking part Sanders for the IAPA and Peruvian journalists Rosana Cueva of Panamericana TV, Mávila Huertas of América TV, Carlos Salas of El Comercio, and Ángel Páez of La República, and as moderator journalist Mario Cortijo. The second panel discussion, titled "The Press and Corruption," will feature presentations by Rock, Dutriz, Mohme, Berckemeyer and Miró Quesada, and will be moderated by Zegarra.