SIPAlert app uses real-time to fight against attacks on journalists 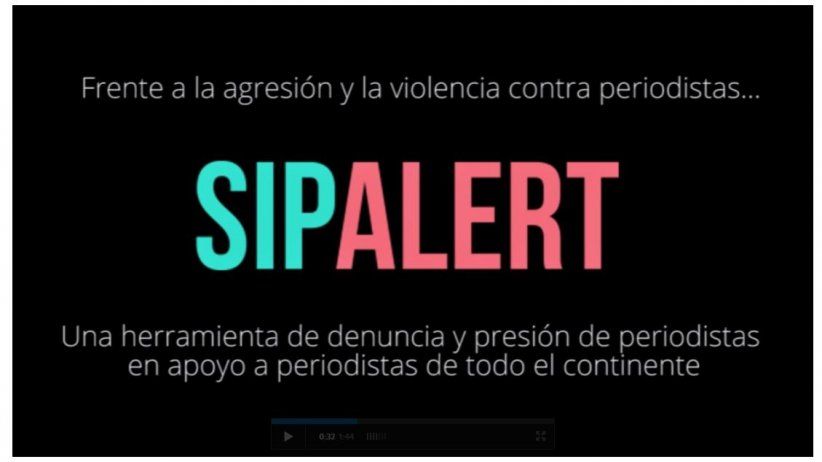 The application will be free and available for Android and iOS smartphones.

SIPAlert, a mobile phone app currently in its pilot phase, is an initiative developed by newspaper El Universal and TV Azteca of Grupo Salinas in Mexico, to be used by journalists from the 1,300 media outlets across Latin America affiliated with the Inter American Press Association (IAPA).

The objective is to use the app to publicly denounce, in real time, any type of attack against journalists, David Aponte, deputy editorial director of El Universal, told the Knight Center.

It is estimated that when it is operational among journalists from all IAPA member media outlets, it could spread its alerts to approximately one hundred million readers on social networks, said Daniel McCosh, director of international and financial information for Grupo Salinas de México. "The idea is that social networks become an immediate activation," he told the Knight Center.

Concerning the application, Roberto Rock, chairman of the IAPA's Committee on Freedom of the Press and Information, told the Knight Center: "What we have is a virtuous circle to amplify and give greater clarity to this complaint. It is a complaint that can reach the authorities."

In Mexico, there are specific agencies for protection for journalists that the team imagines could be helped with this application, added Rock, who is also director of news site La Silla Rota.

The application has been in testing since March 2017 in Mexico, with a goal to launch in October in Salt Lake City – during this year's annual SIP meeting – so that IAPA member media in Latin America can start to use it.

The application will be free and available for Android and iOS smartphones.

Regarding the expected scope of the tool as a method to make a large number of complaints, Martha Ramos, OEM editorial director, told the Knight Center that they expect the impact of SIP Alert to help authorities deal more seriously and efficiently with cases of aggression against journalists.

"What [the tool] should achieve is to put the brutal anti-democratic effect, which killing or violating journalists has, on a country [like Mexico], on a higher plane in the spectrum of public opinion," Ramos emphasized.

Aponte, from El Universal, said that what is also being sought with the tool is to help the IAPA "take a step forward" as an organization that unites the media in this context of violence against journalists in the region.

"The tool will be very useful and will allow the IAPA ... to stop being an organization that only reacts to the attacks on journalists, when the events have already occurred," he said.

SIP Alert has three emergency levels available to journalists in danger. The journalists who use it should select what kind of help they are asking for to issue their alert: support in social networks, support from media, and warnings to authorities.

McCosh of Grupo Salinas said that one of the positions being considered during this application testing period is the figure of a network chief in media newsrooms. This would centralize the alerts received and immediately spread the news in the media's main social network accounts.

"In this first stage, you can only upload text to describe the alert, but we are looking at the possibility of later uploading video, and also having some GPS location option," McCosh explained.

Another option that journalists who make use of the application would have, McCosh said, is the possibility of taking out temporary insurance that covers the days of reporting they are going to carry out in a risky area. In this way, in addition to being covered by insurance, you could receive security protocols that guide you where you need to go to do your job.

That option is still being studied, he noted.

McCosh also said they are already publicizing the #SIPAlert hashtag on social networks. On Twitter, they have also created a SIPAlert account to start using when the application is launched in October.

"SIPAlert can help us save the lives of journalists," Aponte said.