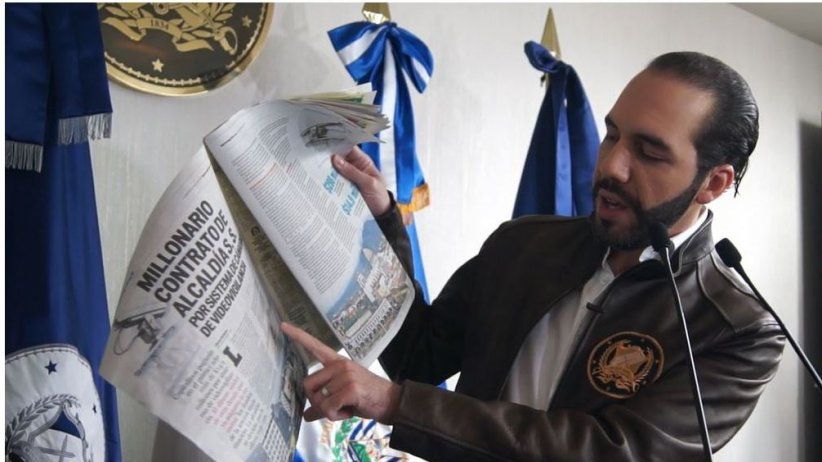 The mayor shows an article in La Prensa Gráfica in which he alleges he was slandered. (Photo of elsalvadornoticias.net)

Downloads
0
0
Tweet
$.-
Miami (July 7, 2017).- The Inter American Press Association (IAPA) expressed its concern over multi-million dollar lawsuits filed by the mayor of San Salvador against the La Prensa Gráfica newspaper, alleging grievances caused by press investigations regarding purported irregularities committed by his office.
The mayor of San Salvador, Nayib Bukele, sued La Prensa Gráfica for six million dollars alleging that he had been falsely linked to cyberattacks against newspapers La Prensa Gráfica and El Diario de Hoy in 2015.
The lawsuit for libel and slander was filed on the 4th of July before the Santa Tecla Trial Court, where, defendants Ricardo Ortiz Lara, José Navarro, Mayra Morán and Oscar Domínguez, all from the Bunker Digital Agency, and Sofía Medina, Communications manager for the Office of the Mayor, will be tried next Monday for those cyberattacks.
Matt Sanders, president of the IAPA, stated that he was surprised and concerned regarding the mayor's actions. He called upon Mayor Bukele himself, as well as the prosecutors and judges who might be involved in examining the merits of this lawsuit, to understand that elected officials are subject to greater public scrutiny in accordance with international standards on issues related to freedom of the press and of expression. He underscored the concern that the lawsuit in and of itself might constitute an act of intimidation against the named media outlets in an attempt to impose prior censorship on the work of journalists.
Sanders, senior editor and general manager of Deseret Digital Media, from Salt Lake City, Utah, added that "in cases such as this, the Judicial system should always take into account that the investigations in question are based on public information and specific documents related to this matter, which belies the idea that these news publications acted with malice.
In mid-2015 the websites of both La Prensa Gráfica (laprensagrafica.com) and El Diario de Hoy (elsalvador.com) were the target of a series of fraudulent cloning efforts. The Attorney General's Office opened an investigation file, detained the defendants and was able to establish that they worked for companies linked to the mayor, or were linked to the campaign management and digital strategies of the Mayor's Office.
The mayor is suing for damages in the amount of five million dollars based on the alleged publication of false information and an additional one million dollars for slander based on articles reporting on a 20-year contract worth several million dollars awarded to a foreign company for a Project consisting of the installation of surveillance cameras in San Salvador.
On June 27, the Magistrate's [Equity] Court of Antiguo Cuscatlán rejected another lawsuit filed by the mayor against La Prensa Gráfica for alleged slander related to reports about the surveillance cameras Project. In its ruling, the Court concluded that there was insufficient evidence as to the alleged falsehoods contained in the information, given that the content of the reports was based on interviews with experts and official documents.
The IAPA is a non-profit organization committed to the defense and promotion of freedom of the press and freedom of expression throughout the Americas. It is comprised of more than 1,300 publications from the Western Hemisphere; with main offices located in Miami, Florida, United States of America. 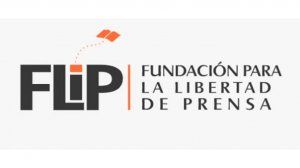