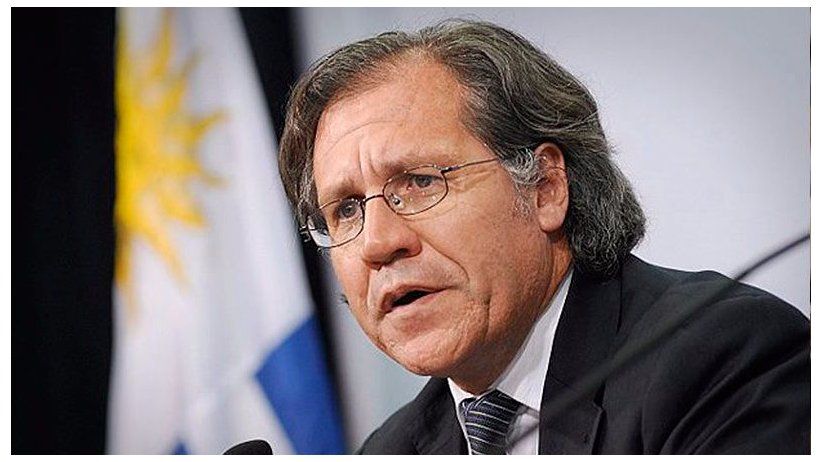 IAPA emphasized Almagro's "consistent posture against all the manifestations of authoritarianism in the Americas."

The award was granted to the Secretary General of the OAS for his defense and promotion of freedom of expression and of the press.

The award was granted to Almagro "for his invaluable defense and promotion of freedom of expression and of the press as the very essence of democracy, as is recognized by the Inter-American Democratic Charter," explained IAPA President Matt Sanders, senior editor and general manager of Deseret Digital Media, Salt Lake City, Utah.

The IAPA is awarding an honorable mention in this prize to the independent press of Venezuela which, despite the anti-democratic adversities, comply with their work of informing the public. The organization praised the tenacity, sagacity and creativity of Venezuelan journalists and traditional and digital media informing the public, despite being subjected to constant threats, violent actions, administrative and legal proceedings, as well as campaigns of defamation coming from the very leadership of the government that criminalizes the search for and dissemination of information.

Sanders emphasized Almagro's "consistent posture against all the manifestations of authoritarianism in the Americas and his defense of freedom of expression and of the press as the basis of democracy." He declared that Almagro "has been an outstanding defender of the application of democratic precepts in the Americas," especially in Venezuela, a country in which he has supported the democratic forces and relentlessly criticized the government of Nicolás Maduro.

The award also recognizes Almagro's work to have there be within the OAS agenda the issue of violence against the press and, within the framework of the Inter-American Commission on Human Rights (IACHR) the numerous cases of unpunished crimes against journalists that the IAPA has investigated and denounced.

The IAPA Press Freedom Grand Prize is the highest award that the organization makes each year to people or institutions that have stood out for their permanent defense of freedom of the press and of expression. An Uruguayan lawyer, diplomat and politician Almagro, OAS Secretary General since May 26, 2015, was Uruguay's Foreign Affairs Minister from 2010 to 2015 during the government of President José Mujica, and served as ambassador to China from 2007 to 2010.

The IAPA has held the Venezuela government responsible for administrative policies that have prevented newspapers from accessing essential supplies such as newsprint in order to continue publishing. It is calculated that in the last three years, there ceased publication seven newspapers and around 40 have substantially reduced the number of their pages.

The IAPA awards will be presented within the framework of the IAPA's 73rd General Assembly, which will be held October 27-30 in Salt Lake City, Utah.