Downloads
0
0
Tweet
$.-
The independent press has intensified its efforts to bring about the elimination of prison sentences in some offenses of insult, contemplated in a bill for a News Media Law that is under study by a bicameral Congress committee.

The publishers of eight newspapers have met on three occasions with the members of the bicameral committee of the Senate and the Chamber of Deputies. They submitted their observations and objections to several articles of the bill.

The newspapers have also objected to bills that would require journalists to report to the authorities on subversive plans or acts that they were aware of and to identify those probably implicated, under punishment of being considered accomplices in such actions in light of what is established by the new law on money-laundering, terrorism and unlawful carrying of firearms, adopted on June 1, 2017.

While this battle for press freedom is underway in Congress there have continued to be produced acts of physical and verbal attacks on reporters of various media, especially by police officers.

Journalist José Luis Contreras resisted being arrested by an officer of the National Drug Control Office in Montecristi province, who pointed a gun at him and grabbed him by the neck to take him to jail.

The home of journalist Odalis Payano in the town of Jarabacoa, was shot at by unidentified persons, presumably for criticisms broadcast in his television program Súper Kan.

Female reporter Elbania Flores, of Telemicro Channel 5 of Santo Domingo, was attacked by members of the family of businessman Ángel Rondón, one of the main accused of distributing bribes of $92 million of the Brazilian construction firm Odebrecht. The family submitted formal apologies before the National District Attorney General's Office and a judge approved an agreement of conciliation.

Journalist Otoniel de León was unlawfully sent to prison on the orders of a judge following a lawsuit filed by Manuel Antonio Paula, president of the Dominican Liberation Party in Baoruco province. After the trial, the journalist was set free.

The National Police reported that it had arrested Draily Francisco Vásquez, one of those implicated in the murder of journalist Blas Olivo on April 13, 2015. For that crime there are six suspects in prison. Despite there having been 164 hearings on a 4,000-page dossier the judiciary has not made a definitive ruling against the accused.

In San Pedro de Macorís, a court sentenced Matías Avelino Castro to 20 years in prison as an accomplice in the murder of journalist José Silvestre in August 2011. Six people arrested are suspected of participating in the kidnapping and murder in the city of La Romana. The body of Silvestre was found in some bushes in San Pedro de Macorís with several bullet wounds.

In early April the National Attorney General's Office ordered special protection for the safety of female journalist Alicia Ortega, host and investigator of Noticiero SIN news broadcast on Channel 9 television, because of death threats that she received from people who are being detained along with Avelino Castro, said to be the mastermind of the murder of Silvestre.

She made a critical report on suspicious situations that have occurred around the legal proceedings, during which three major witnesses have disappeared. Following the broadcast of that report she received threats to her life, which she delivered to the Attorney General, with names and details, for them to be investigated.

Dominican Republic freedom of the press 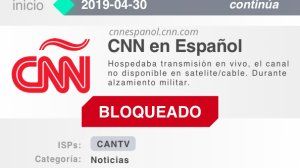