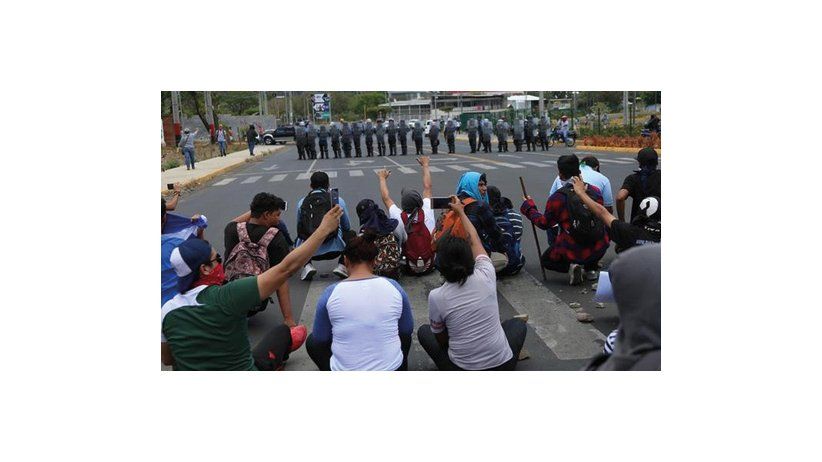 Repudiation of the serious acts of violence by repressive government forces against the population.

It protests technological censorship in Venezuela

MIAMI, Florida (June 8, 2018)—The Inter American Press Association (IAPA) today expressed total repudiation of the serious acts of violence in Nicaragua by repressive government forces against the population, and at the same time stressed its commitment to remain vigilant in the face of the crisis confronting the Central American country since April.

IAPA President Gustavo Mohme and the chairman of the IAPA's Committee on Freedom of the Press and Information, Roberto Rock, reacted "angrily" to the reports of daily attacks by undercover police and anti-riot officers on demonstrators that have left 131 people dead and numerous injured, acts that they considered "a gross violation of constitutional rights to freedom of expression and of assembly."

Within the framework of coverage of the protests, begun on April 18, they also condemned the assaults, physical attacks, theft of equipment and threats to journalists, as well as the destruction of and attacks upon news media's premises.

The most recent incident against the press occurred early today when there was partially set ablaze the headquarters of official radio station Radio Nicaragua in Managua. Firefighters managed to control the blaze which occurred at 4:00 a.m. today (Friday), according to local media.

Mohme, editor of the Peruvian newspaper La República, added, "The serious situation of violence in the country is without a doubt affecting all Nicaraguans, including the journalists and news media that continue to report on the anti-government protests and the savage repression in circumstances of great risk."

For his part Rock, editor of the Mexican news portal La Silla Rota, added, "As an organization dedicated to keeping vigilant of freedom of expression and of the press we are committed to provide our solidarity, respect and full attention to what is occurring in the country and we will continue doing so because we are facing a government that is repressive and obsessed with power."

Complaint of technological censorship in Venezuela

The IAPA also condemned "the technological censorship" of the newspaper El Nacional whose website was blocked yesterday by Cantv, the main telecommunications company in Venezuela, preventing access to it in some parts of the country.

Mohme and Rock declared that "this technological censorship not only affects the media outlet but also restricts the people's right to be informed."

The blockage by the state provider was confirmed by users of the service through social media and by editor-in-chief Miguel Henrique Otero. El Nacional reported that about one month ago there were reported problems in accessing its website, however this new action against the newspaper occurred one day after Otero publicly failed to recognize the court ruling concerning a lawsuit alleging emotional distress filed in 2015 against the newspaper by the former speaker of the National Assembly, Diosdado Cabello.

This week news portal La Patilla also reported that last Wednesday it was prevented from accessing its website.