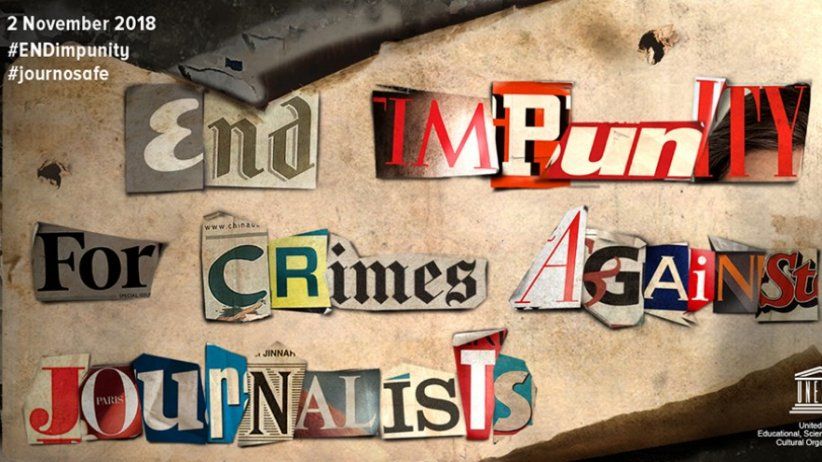 November 2: International Day to Put an End to Impunity in Crimes Against Journalists.

MIAMI, Florida (October 31, 2018)—The Inter American Press Association (IAPA) is joining and taking part in the #TruthNeverDies campaign held by UNESCO every November 2, as part of the commemoration of International Day to End Impunity For Crimes against Journalists.

IAPA President María Elvira Domínguez declared, "Since 1995 we hold as a priority the issue of impunity surrounding many crimes against journalists, the quest for justice and that there be implemented more and more government actions that guarantee journalists being able to work in safe environments."

Domínguez, editor of the Cali, Colombia, newspaper El País, said that it is part of the IAPA's mission to promote and take part in acts and campaigns such as that of UNESCO. For this she urged the organization's members to join the campaign through their various news platforms whether it be with images provided by UNESCO, publication of works by murdered journalists and/or editorials on how violence against members of the press affect the public's right to be informed, democracy and the common good.

In her speech of acceptance of the IAPA Presidency during the organization's General Assembly held in Salta, Argentina, October 19-22, Domínguez emphasized the work of the IAPA during several decades to come up with measures aimed at reducing violence against journalists. "In addition to supporting legislative initiatives to make crimes against journalists federal offenses, the creation of special prosecutor's offices, systems of protection of journalists in various countries and the increase in penalties for those crimes, the IAPA has submitted to the Inter-American Commission on Human Rights 29 cases of murder of journalists," Domínguez added.

One of those cases, that of journalist Nelson Carvajal, murdered in Colombia in 1998, was transferred to the Inter-American Human Rights Court, which for the first time in March this year made a government responsible for such crime against a journalist, "creating an important legal precedent to move ahead in the conviction for other crimes against journalists," she added.

In the Americas, according to IAPA statistics, since 1987 561 journalists have been murdered and the majority of those crimes continue to go unpunished. At its meeting in Salta the IAPA approved resolutions on murders of journalists and on unpunished cases in Brazil and Mexico that will be sent to the corresponding authorities.

In the campaign scheduled for November 2 UNESCO reveals that every four days a journalist is murdered in the world, on many occasions for denouncing corruption, drug trafficking, bad political practice or abuses of human rights, and those carrying out these murders almost never are bought to justice.

It is hoped that at the urging of the IAPA many of its member media outlets will publish the UNESCO announcements and will join the international campaign on November 2.