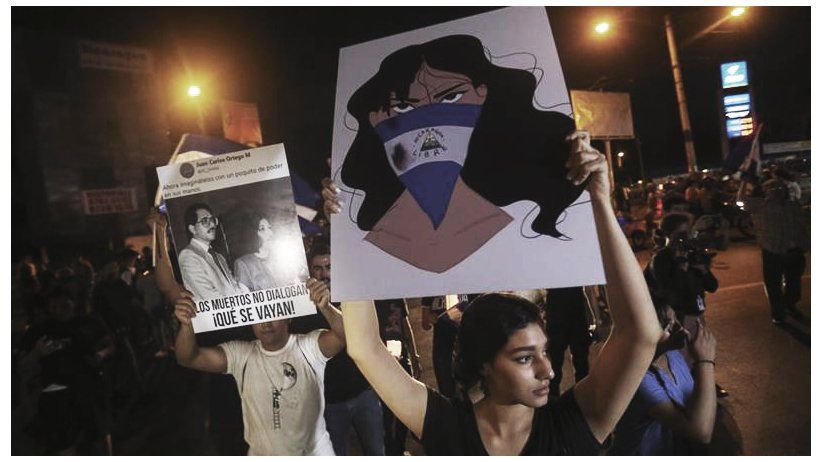 IAPA took a series of actions with the intent of giving rise to impact, solidarity and greater pressure on the Daniel Ortega regime.

MIAMI, Florida (April 5, 2019)—Given the deterioration of press freedom in Nicaragua, the harassment of journalists and news media, as well as the critical political, social and economic situation facing the country the Inter American Press Association (IAPA) took a series of actions with the intent of giving rise to impact, solidarity and greater pressure on the Daniel Ortega regime.

The IAPA sent a harsh resolution on Nicaragua approved at the Midyear Meeting which wound up last week in Cartagena, Colombia, to the United Nations High Commissioner for Human Rights, Michelle Bachelet, and the Secretary General of the Organization of American States, Luis Almagro.

The resolution, which demands of Ortega and First Lady and Vice President Rosario Murillo the immediate release of journalists Lucía Pineda Ubau and Miguel Mora Barberena, as well as the enforcement of justice in the case of Ángel Gahona, journalist murdered on April 21, 2018.

Another initiative that emerged from the meeting in Cartagena was the publication of the joint editorial "Nicaragua: Democracy's Agony", among the IAPA members, this April 5. IAPA President María Elvira Domínguez, editor of the Cali, Colombia, newspaper El País, and the chairman of the Committee on Freedom of the Press and Information, Roberto Rock, editor of the online news portal La Silla Rota, Mexico City, Mexico, thanked the IAPA media outlets that participate in the join action in media and platforms throughout the Americas, from the Dominican Republic to the United States, from Argentina to Peru and from Colombia to Venezuela.

The report on Nicaragua, presented in Cartagena, detailed that 62 independent journalists have been forced to abandon the country since April 2018 and there have been recorded more than 700 cases of violence against the practice of journalism in the same period.

According to the denunciations, among other measures of economic asphyxia against the media since September there has been maintained a Customs embargo on primary printing products for La Prensa and El Nuevo Diario.

The IAPA, in conjunction with the IFEX-ALC and AMARC-ALC organizations, is submitting reports and recommendations to the United Nations Human Rights Commission so that measures can be taken with the objective that the government of Nicaragua respect and guarantee press freedoms and expression. All this, in the framework of the review on the state of human rights in Nicaragua, known as the Universal Periodic Review (UPR), scheduled for May 15.

Early in March an IAPA international delegation visited Washington, DC, where it met with members of Congress, diplomats and press organizations to denounce the serious situation that freedom of expression and of the press is going through in the Central American country and to comply with the organization's commitment to keep on the international public agenda what is occurring in that country, following a visit to Managua in August 2018.

The IAPA shares a video of the Committee to Protect Journalists (CPJ).