Freedom of Expression Freedom of the Press IAPA Bolivia 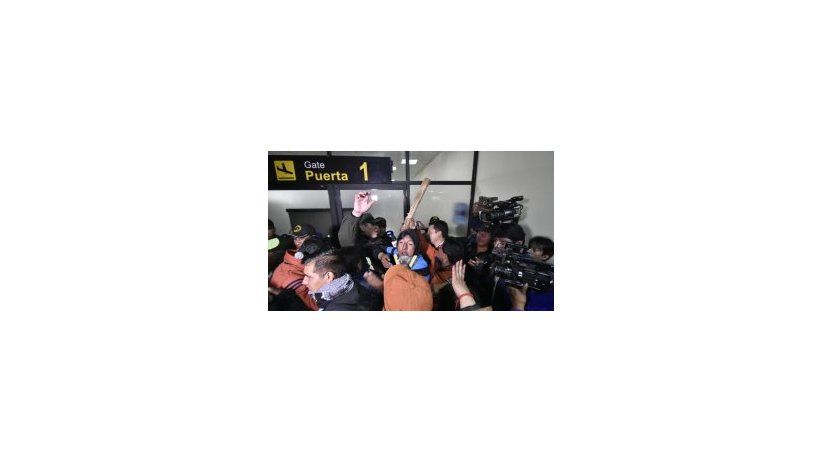 Condemned aggression against journalists in Bolivia and requested the national government to guarantee journalists' safety as they do their jobs.

Miami (November 6, 2019) - The Inter American Press Association (IAPA) condemned aggression against journalists in Bolivia and requested the national government to guarantee journalists' safety as they do their jobs.

Journalists from Página Siete newspaper, the Unitel and ATB channels, and Leader 97 radio were similarly harassed at the airport as they were doing their jobs. They along with the manager of La Patria de Oruro newspaper, Marcelo Miralles Iporre, managed to leave the airport with police escort.

IAPA president Christopher Barnes and the president of the Committee on Freedom of the Press and Information, Roberto Rock, condemned the verbal and physical aggressions as well as the restrictions on reporters' free movement to do their jobs.

Barnes, managing director of The Gleaner newspaper in Kingston, Jamaica and Rock, director of the La Silla Rota portal in Mexico City, Mexico, urged President Evo Morales to ensure the safety of journalists. "The limitation in the performance of journalistic work is also an obstacle to press freedom," they said.

The National Press Association (ANP) estimates that since October 22 there have been about 25 attacks against media and journalists.