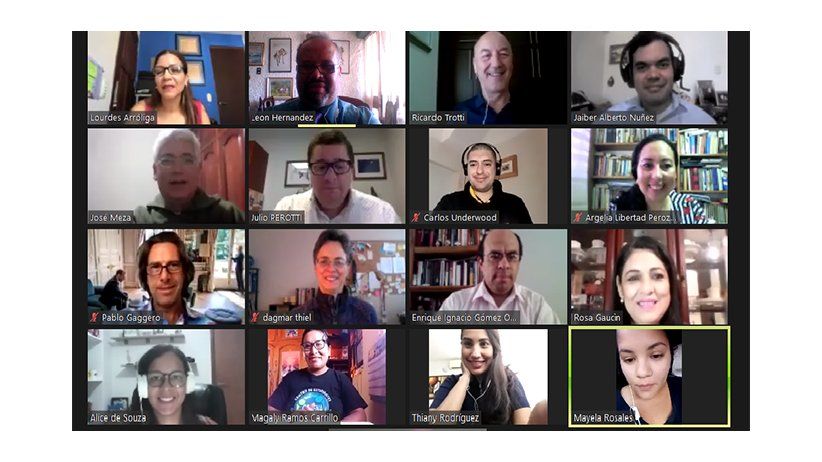 The diploma course lasted 15 weeks, between July 1 and October 27. It is part of the IAPA's Chapultepec Index project.

(Miami, December 1). Thirty-one journalists from the Americas graduated on Monday at the closure of the first Virtual Diploma in Freedom of Expression organized by the Inter-American Press Association (IAPA) and the Andrés Bello Catholic University (UCAB), of Venezuela, within the framework of the Chapultepec Index project, a tool for measuring the state of freedom of expression and of the press in the hemisphere.

In a ceremony headed by the UCAB academics, León Hernández, Argelia Perozo and Jaiber Nuñez, accompanied by the executive director of the IAPA, Ricardo Trotti, more than 20 participants of the graduation ceremony, among the 31 who took the course, expressed their desire to create a virtual community in which "we can share experiences and be attentive to the new legislative challenges that affect freedom of expression."

The diploma course lasted 15 weeks, between July 1 and October 27. It is part of the IAPA's Chapultepec Index project, which is sponsored by the Colombian companies Grupo Sura and Grupo Bolívar and Karen and Edward Seaton from the U.S. Three subjects were taught: "Democracy and Freedom of Expression", "Freedom of Expression in the Inter-American Human Rights System "and "Limits and Restrictions on Freedom of Expression".

Journalists Julio Perotti, from Argentina; Lourdes Arroliga, from Nicaragua and Benjamín Blanco, from Chile, expressed their gratitude to the organizing institutions for the new tools learned that will allow them to defend and "be more protected against attacks on journalistic work".

Other participants such as René Brito, from Ecuador; Alice de Sousa, from Brazil and Enrique Gómez, from Mexico, stated that journalists are very vulnerable due to ignorance of professional legal and ethical rights and duties. "This training allowed us to reduce that vulnerability," they agreed.

Trotti remarked that the IAPA and UCAB will continue to offer these courses, given the urgent need "for journalists to talk about journalism, how we can improve the context of our profession and freedom of expression to continue building democracy."