Freedom of Expression Freedom of the Press IAPA News Podcast 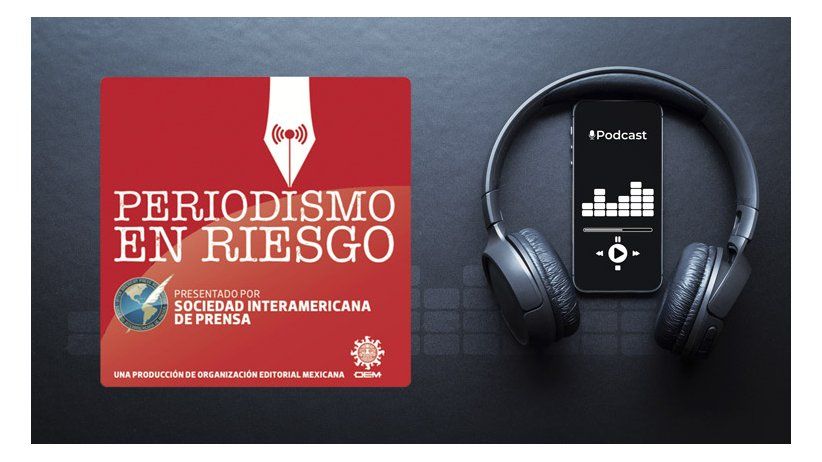 The stories of journalists who live in danger every day to keep the population informed seems to be increasing in Latin America. The Inter-American Press Association reports that every time an organisation speaks up when there is a known of a case where freedom of expression, it looks diminished.

One way to modernise and expand the dissemination of communicators is through the podcast Periodismo en Riesgo ("Journalism at Risk"). This is a biweekly podcast produced by the Organización Editorial Mexicana (OEM) of no more than 30 minutes that seeks to humanise statistics. Alejandro Jimenez, national opinion coordinator at the OEM, and Martha Ramos, editorial director of the OEM, host the show.

Why does a podcast talk about freedom of expression?

According to Ramos, "Unlike the data reports that the Inter-American Press Association publishes twice a year or more, with specific data on risks to freedom of expression, podcasts make it possible to humanise the problem. We believe that people do not feel empathy for journalistic work, and it drastically affects the credibility of the media and journalists in particular. By raising awareness about the risk of our work, we want to get closer to the readers."

Periodismo en Riesgo began in March 2019 with interviews with prominent journalists across the continent. Based on its content, we can conclude that in Latin America there are common points in terms of censorship.

"There is a strengthening of authoritarian regimes, presenting themselves as democrats or liberals, and which end up imposing a single idea, their own," Ramos said. "In this context, a critical press that questions the actions and decision-making of these regimes, is not only uncomfortable, it becomes, from their point of view, the enemy to be defeated."

She continued: "Then the public discourse is violent, disqualifying, and a constant challenge. The direct effect is that it makes reporters vulnerable. Consequently, there is more persecution, legal or social, and a greater risk for becoming victims of violence.

"In fact, a phenomenon that is already being professionally monitored in several countries is virtual harassment, targeted with bots that respond to government discourse and attack whoever speaks out against it."

As Periodismo en Riesgo's producer, I can confirm that each interview is an ecosystem that deserves to be amplified.

Although the situation faced by the media in each country may seem unique, they all reflect damage to democracy. It is a problem that seems to be increasing. Listening to each story, full of courage and commitment to inform despite the consequences, motivates anyone who is in this guild.

You can follow or listen to Periodismo en Riesgo on any of the main podcast platforms like Spotify, Apple Podcast, Google Podcast, Amazon, Acast, or Deezer.

If you know or experience similar situations, you can contact me to include your own story in this project.

Mitzi Hernández is podcasts producer at OEM in Mexico City, Mexico. Mitzi can be reached at mitzih@oem.com.mx or @mitziher.