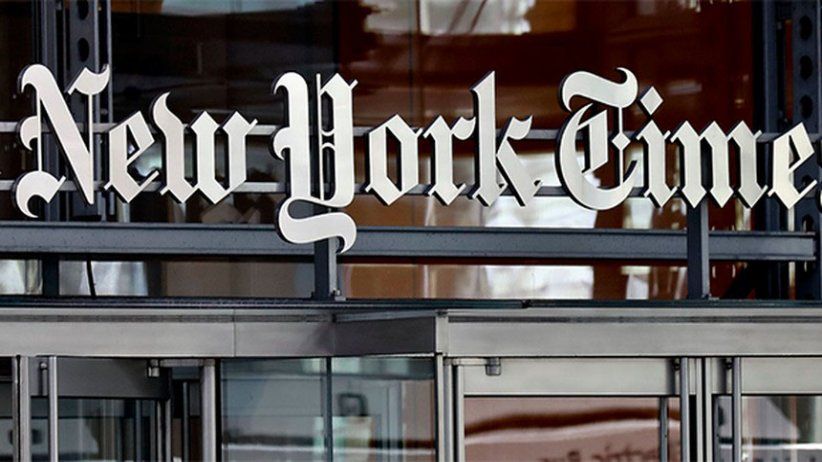 Jorge Canahuati: "We are surprised by this court order that violates precepts on prior censorship and interferes in content and editorial processes, all of which are protected by the First Amendment."

Miami (December 28, 2021) - The Inter American Press Association (IAPA) rejected a recent court ruling that prohibits The New York Times from publishing information in its possession. The decision also asks the newspaper to remove an already published article and refrain from searching for newsworthy information about Project Veritas.

New York State Supreme Court Justice Charles Wood ordered that The New York Times refrain from publishing conversations between the Project Veritas group and its lawyers. He also ordered the newspaper to return those files to the organization and destroy the electronic copies in its possession. Project Veritas, an activist group that practices electronic surveillance against liberal-leaning media outlets, sued the newspaper for defamation in 2020.

The president of the IAPA, Jorge Canahuati, said: "We are surprised by this court order that violates precepts on prior censorship and interferes in content and editorial processes, all of which are protected by the First Amendment of the US Constitution."

The editor of The New York Times, AG Sulzberger, affirmed that he would appeal the ruling. He considers that it is contrary to a decision of the Supreme Court of Justice that in 1971 allowed the newspaper to publish the Pentagon Papers, believing them to be of public interest when the government stated that they were confidential. Sulzberger said the ruling also puts information sources at risk.

In the court order, Judge Woods pointed out that beyond freedom of the press, the newspaper cannot bypass the confidentiality relationship between lawyers and clients during litigation.

The IAPA's Committee on Freedom of the Press and Information president, Carlos Jornet, said that the IAPA would join a group of organizations that plans to present an Amici before the Supreme Court of New York to request that Magistrate Wood stop aside the informational restrictions. In a previous Amici, press freedom organizations, including the Reporters Committee for Freedom of the Press (RCFP), pointed out that the ruling represents a "danger to press freedom, by encouraging litigants to present frivolous and vexatious lawsuits that do not seek to vindicate a right of the victim, but to muzzle future reports from the defendant press during the litigation process."

Canahuati, CEO of the multimedia group Opsa, from Honduras, and Jornet, editor of La Voz del Interior, from Argentina, said the information held by The New York Times was obtained legally. According to constitutionalists, the newspaper's content is not related to national security, an exception to freedom of the press offered by the First Amendment.

The Amici filed on November 22 explains that the right to freedom of the press protected by the First Amendment not only prohibits Congress from enacting laws against freedom of the press, but also it inhibits the government from meddling in the editorial processes of the media.

The IAPA is a non-profit organization dedicated to defending and promoting freedom of the press and expression in the Americas. It comprises more than 1,300 publications from the Western Hemisphere; and is based in Miami, United States.