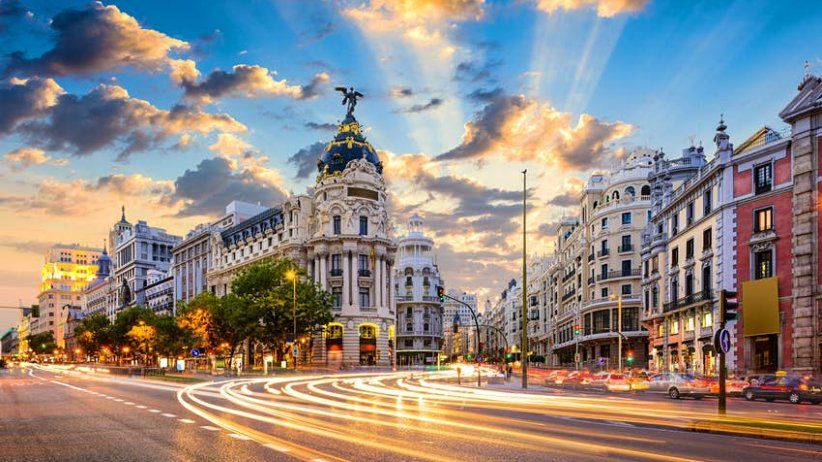 A beautiful program of conferences and activities for the 78th General Assembly. Registration is open.

Miami (July 27, 2022) - The Inter American Press Association is accepting registrations for its 78th General Assembly in Madrid, Spain, which will mark a high-profile return to face-to-face activities after three years of virtual meetings due to the pandemic.

With the support of Spanish media institutions, the hemispheric organization is preparing a program with great attractions and personalities for the October 27-30 meeting. The venue will be the Hotel Meliá Castilla Madrid. You can register for the assembly and book your hotel here.

Iberia Airlines is the official airline partner of IAPA. Delegates will receive a 10% discount on tickets from their place of origin to Madrid and issued on the website www.iberia.com. This is the code to get the discount: SIPMADRID2022 .

The assembly begins on Thursday, October 27 at 9:00 a.m. Spanish time.

The director of the Royal Spanish Academy (RAE), Santiago Muñoz Machado, the president of the EFE news agency, Gabriela Cañas, and Felipe Cabrales, CEO of Prisa America, have confirmed their presentations in a panel on international audiences and the Spanish language.

Agence France-Presse (AFP) President and CEO Fabrice Fries will present his new book "The grip of the false. Disinformation: Time to fight back". In addition, the news agency Europa Press AFP will sponsor a dinner and presentation of the IAPA Awards for Excellence in Journalism 2022. The winners will be announced next Tuesday, August 2.

Another dinner, sponsored by Protecmedia, will be held at the Museo Nacional Centro de Arte Reina Sofía, Spain's national museum of 20th-century art. The news agency EFE will also sponsor a dinner at the iconic Hipódromo de la Zarzuela on the outskirts of Madrid.

The program includes several panels on press freedom, especially the situation in Cuba, Venezuela, and Nicaragua. In addition, other conferences will focus on the relationship between the media and the large digital platforms regarding copyright and competition laws, as well as remuneration for the use of media content.

It will be the third time that the IAPA will hold its annual meeting in the capital of Spain. Previously it did so in 2008 and 1992 with the participation of important figures of Hispanic American literature, including two Nobel Prize winners, Camilo Cela and Mario Vargas Llosa.

The IAPA held its 75th General Assembly in October 2019 in Miami, United States, and since then has held two other general assemblies and three mid-year meetings through virtual presentations.