He knew that his irreverence and constant criticism of the brash corruption in Armenia could "mean the end." But his dedication to journalism and deep respect for the values of freedom of speech and the press kept him true to his principles.

Armenia is a Colombian city located in the department of Quindio, 300 kilometers west of the country's capital, Bogota -- a region known for its lush coffee plantations and temperate climate. Its friendly atmosphere has been disappearing because of the bloody and incendiary violence unleashed by people linked to drug trafficking. Also by the guerrillas nearby.

The bi-weekly magazine "El Marques" was a mix of news, rumors, jokes, comments and attacks on Armenia's dirty politicians. Its 3,000 copies of 20 pages each were so avidly consumed by readers that journalist and radio entertainer Jairo Elias Marquez, 42, creator and director of the magazine, was thinking of publishing a second.

He never made it. On the afternoon of November 20, 1997, he left his printing company and was getting into his car when two unidentified men approached suddenly from behind and shot him three times. He died under the same conditions, and apparently for the same reason, as three of his colleagues who had been murdered in Armenia years before.

His obsession was to expose and see removed from office state senator Carlos Alberto Oviedo, an influential local figure and lawyer for drug traffickers, and whom he accused of corruption after the senator overnight appeared driving luxury cars and living a life of opulence and wealth.

What the journalist did not achieve in life was ordered by the Supreme Court a few months after his death: Oviedo was arrested and implicated in several murders. The former senator escaped from prison, but was caught and sentenced to 39 years in prison as the mastermind behind some of the crimes.

Two paid assassins were arrested on charges of carrying out the killing of Marquez; one was soon removed from the case and the other was killed. Prosecutors have asked for investigations into new evidence but the process has not moved forward.

A Murder That Remains Unsolved

Publisher, owner and reporter of the magazine El Marqués in Armenio, Quindío 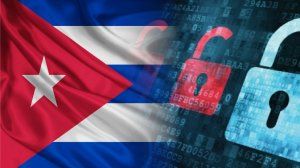