A friend and several others were waiting for him at the bar on Saturday night, April 2, 2005, to talk and have a few beers as they often did to relax. They found it odd that journalist Alfredo Jiménez Mota had not arrived; he always made it and was the most enthusiastic talker in the group.

For 25 years the reporter had worked for the newspaper El Imparcial of Hermosillo in the Mexican state of Sonora. He investigated and covered police news, especially anything to do with organized crime and public safety. That day, after writing three articles, he'd gone home to his apartment where he lived alone, to take a refreshing shower, change clothes and leave at around 10 p.m. for the date with his friends and before a brief meeting with a "contact," as he called his sources.

He was never heard from again. And his absence raised no alarms for the first 72 hours even though he wasn't seen at his regular 7 p.m. Mass in the Cathedral. His friend and colleague, Rosagello Shaila, who had waited for him the previous night for beers, called his cell constantly but he never answered. On Monday when he didn't show up for work his bosses assumed that he was enjoying a well-deserved day off.

On Tuesday, when they still hadn't seen him, his colleagues became concerned. They went looking for him, went to his apartment where they found everything in order -- but it was clear that for at least the last two or three nights he hadn't slept there. That was when the search-operation began in earnest, including a criminal complaint with the State Attorney General for false imprisonment.

First the government of Sonora and then the Federal government assured that they had put the case in the hands of the best investigators to solve and bring it to justice. Nearly 100 people were questioned in a report that took up 2,000 pages. Special prosecutors were appointed but soon removed on the pretext that they were too visible. By tracking Jimenez' cell phone, it was learned that at 11:04 p.m.on the last day he was seen he had a long conversation with then-deputy for the Sonora Attorney General's Office, Raul Rojas Galvan, who first denied the fact and later contradicted himself at his deposition, despite evidence to the contrary. Yet this major suspect was reassigned to a different position in another state, a fact that the press viewed as putting a brake on the investigations.

The confusing and conflicting process remains stalled despite repeated requests to the federal government by the directors of El Imparcial and the IAPA. No person has been identified as responsible for Alfredo Jiménez's disappearance although it is clear that it is linked to his reports on drug trafficking. And the likely responsibility of municipal, state and federal officials could explain the lack of action and absence of results.

Recordando a Alfredo Jiménez Mota a cuatro a

Reporter for the newspaper El Imparcial in Hermosillo, Sonora. A specialist in public safety and drug trafficking issues. 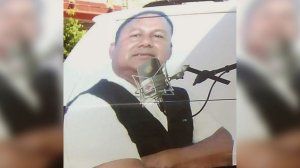 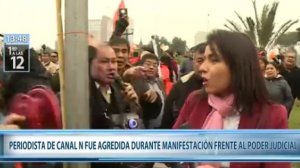