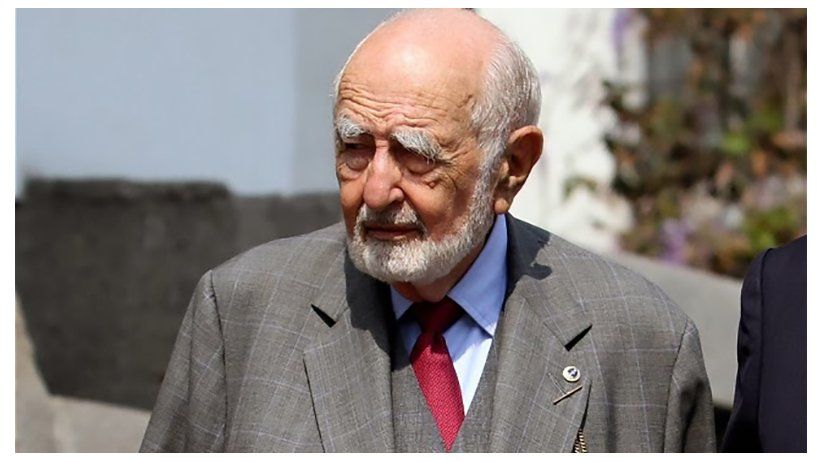 Edwards presided over the Inter American Press Association (IAPA) between 1968 and 1969, and for a long time he and his children continued to be associated with the organization's activities.

Downloads
0
0
Tweet
$.-
The president of Empresa El Mercurio, Agustín Edwards Eastman, considered one of the most influential personalities in the contemporary history of Chile, passed away at the age of 89, and his family announced that his funerals will be held in private.
Edwards presided over the Inter American Press Association (IAPA) between 1968 and 1969, and for a long time he and his children continued to be associated with the organization's activities. He hosted the 56th General Assembly of the IAPA held in Santiago in 2000.
El Mercurio is the dean of the press in Chile and one of the newspapers with the highest circulation in Latin America. The newspaper had an active participation in the overthrow of the government of President Salvador Allende in 1973.
"We regret this loss and appreciate the legacy of a media pioneer like Edwards Eastman for both the IAPA and journalism across the continent," said IAPA President Matthew Sanders, Deseret Digital Media, Salt Lake City, Utah.
At the time of his death, Edwards continued to serve as a member of the IAPA Board of Directors. He also chaired the American Journal Group (GDA).
In his youth Edwards Eastman was a reporter at the International Herald Tribune in Paris and at The Time in London. In 1970 due to threats against his family he left Chile and settled in the United States where he served as vice president of Pepsico and president of Foods International. In 1992, after the kidnapping of one of his six children, he created the Fundación Paz Ciudadana with the objective of solving the problem of delinquency. He also headed the governing board of the Federico Santa María University and promoted information technologies in Chile.
"His journalistic legacy is invaluable, and he impregnated his newspapers with a sense of public service," notes an editorial in El Mercurio in which it concludes that "its role in today's history will predictably move impartial scholars to pinpoint the value of their effectiveness and the many accomplishments and contributions to Chile that he loved so much. "
In 1966 he was recognized with the Maria Moors Cabot Award (1966), of the University of Columbia. Company El Mercurio SAP is integrated by the newspapers El Mercurio, Las Últimas Noticias and the afternoon newspaper La Segunda, among other 21 regional newspapers and various media.