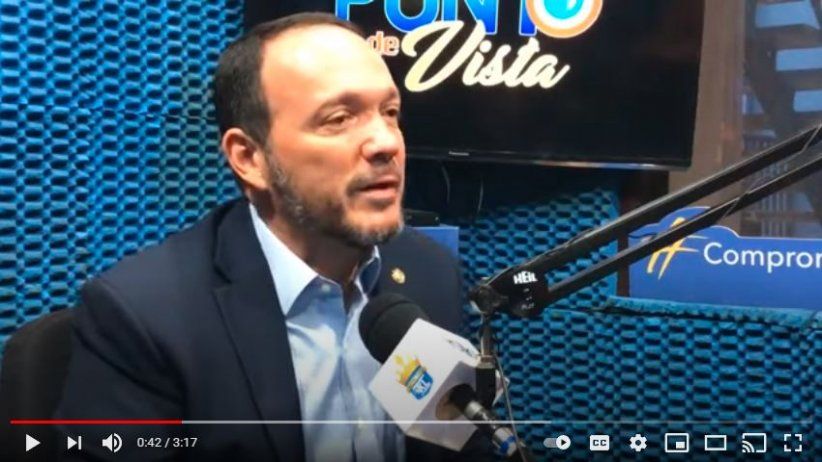 Miami (June 10, 2021).- The Inter American Press Association (IAPA) described the warnings issued by the Minister of Security of El Salvador against the press as "dictatorial accusations" and said they would reject "any type of official monitoring or surveillance against the media and journalists."

In a radio interview on Tuesday, the Minister of Security, Gustavo Villatoro, confirmed that the government is following closely and monitoring "constantly" many journalists whom he claimed "have a clear intention of expressing approval of criminal acts."

The minister said, "We live with freedom of expression, but everything has its limits." He also referred as "morbid" the act of manipulating information, and accused the media of pretending to "excuse crimes" and described journalists as "prophets of calamities".

Villatoro also reacted to press reports and complaints by the union of workers of the Institute of Legal Medicine regarding the manipulation of autopsies carried out on bodies found in clandestine graves. Following the controversy over his comments, Villatoro then denied via Twitter that the government is persecuting journalists.

Jorge Canahuati, the president of the IAPA, made the following statement: "We reject these type of dictatorial accusations that we have grown accustomed to from some officials when the media and journalists report on issues of public interest that make them uncomfortable."

Canahuati also said that the report on El Salvador, presented at the semiannual meeting of the IAPA in April, emphasized, "Freedom of expression and of the press is undergoing the most serious deterioration of the post-war period with a government that pressures, threatens and openly expresses contempt towards independent media, journalists and institutions."

Carlos Jornet, president of the IAPA's Committee on Freedom of the Press and Information, warned, "Any type of government monitoring or surveillance of the media and journalists is a direct affront to freedom of expression standards and to democracy." Jornet said that the Declaration of Principles on Freedom of Expression approved by the Inter-American Commission on Human Rights prohibits prior censorship, which supposes the control and veto of information before it is disseminated, and it is interpreted that freedom of expression should never be the object of preventive control measures, but of subsequent responsibilities.

Jornet also added that all communicators have the right to protect their sources of information, notes and personal and professional files, which would, he said, be clearly under threat with the type of warnings issued by the Minister of Security.

Canahuati, CEO of Grupo Opsa of Honduras, and Jornet, director of the newspaper La Voz del Interior, from Argentina, called on the government of El Salvador to "put a stop to whatever mechanism they might be using to monitor the press."