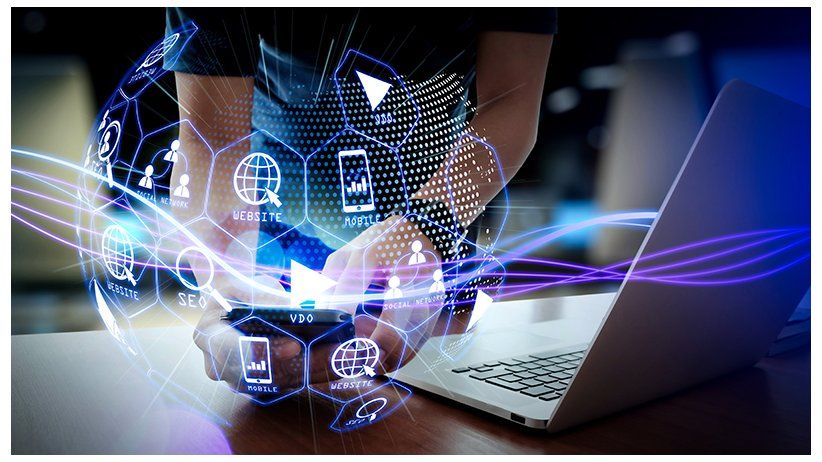 Unpublished study by Deloitte commissioned by CENP assesses the strong impact of advertising on business, economy, and society

São Paulo, September 2021 - Each Real invested in advertising in 2020 generated 8.54 Reais for the Brazilian economy. The conclusion comes from the study "The value of advertising in Brazil", commissioned by CENP to Deloitte and which has already been carried out in the United Kingdom and other countries.

"The multiplier effect of investment in advertising is already well known by both advertisers and scholars on the subject", says Caio Barsotti, chairperson of CENP. "The study by Deloitte reaffirms this certainty and emphasizes the multiplication factor in advertising in Brazil, even in a year marked by enormous challenges due to the tragedy of the pandemic."

"Investing in advertising has always been a good deal," says Daniel Queiroz, chairperson of Fenapro, the National Federation of Advertising Agencies. "When associated with an agency, the advertiser is able to build its brand, increase its sales, and sustain its market performance strategy."

The study was based on data from Kantar Ibope Media and CENP-Meios and found that investment in media last year, in the order of R$49 billion, was accompanied by an increase in GDP estimated at R$418.8 billion.

For Mario D'Andrea, chairperson of ABAP, the study proves, in numbers, what the entity has been defending for years: "the enormous importance of advertising in generating wealth for the country. Advertising does not only benefit advertisers and vehicles, but it also brings enormous economic benefits to the Brazilian GDP, creates jobs, disseminates information. It is the industry that drives other industries."

Clarissa Gaiatto, director of Deloitte, explains that the study commissioned by CENP is the most comprehensive survey on the impact of advertising on the Brazilian economy. "In the report, we compiled the most relevant economic data in the sector based on interviews with advertising leaders in Brazil, representing agencies, media outlets, sector entities, advertisers, marketing consultants, and research institutes. The result brings a rich and fundamental mapping for understanding the benefits of advertising, the challenges and trends in the sector, as well as consumer behavior", she adds.

Other positive impacts for the economy and society are pointed out by the Deloitte study. For example:

• Advertising finances the media, supporting freedom of expression, an important pillar of democracy.

• Advertising generates and sustains many jobs in various industries. In 2019, according to data from the Ministry of Economy, around 435 thousand people had an employment relationship with segments directly or indirectly related to the activity.

• Advertising promotes culture, education, and entertainment, being the most important source of revenue for most media outlets. It also supports sports by sponsoring sporting events, athletes, and clubs. This is also true for cultural events.

• It is also essential for advertising companies to build value for their brands, increase revenue and sustain their corporate strategies.

• Advertising content promotes the dissemination of information and influence for the adoption of new socially positive behaviors that maximize consumer welfare.

Deloitte's study also recognizes the transformations that advertising is going through, with new means and forms of consumption of advertising content and a growing diversification of means, media, and consumer perceptions. In addition to this, there is a growing amount of content and stimuli that people receive, which is a challenge for advertising, so that it can be relevant and convenient.

The pandemic, the study notes, created dynamics and accelerated some transformations. TV, for example, had historic peaks in consumption, and 75% of the record audience for the last five years occurred in 2020. The consumption of online video was also accentuated by the pandemic. For advertising, the health emergency meant a drop of about 20% in media investments made by advertising agencies in 2020.

In a longer-term scenario, technologies such as artificial intelligence, internet of things and 5G will be more present in advertising planning and production, while data will increase its relevance in decision-making. At the same time, ethical boundaries will become increasingly relevant and challenging with the growth of digital advertising and the ability to capture user data.

All that, the study concludes, requires that advertising be permanently open to innovation.

The study "The value of advertising in Brazil" intended to gather and analyze market data that demonstrates the sector's dynamics and impact on the country's socioeconomic development. Additionally, it contemplates three other fields of study: the value of advertising, activity during the pandemic and its future in Brazil.

Deloitte is based on similar surveys it has already carried out in the United Kingdom, Portugal, New Zealand, and Australia. Here, the study includes interviews with more than 40 advertising leaders in all its links, qualitative research, literature review on the subject, data collection, and analysis and construction of econometric models.

The study cites data from Kantar Ibope Media, according to which, since 2001, investments in media have followed a growing trend in Brazil, which places the country among those that most invest in advertising in the world: in 2019, Brazil appeared in 7th place in the global ranking.

In the period analyzed, the estimated amounts of advertising purchases became increasingly relevant in Brazil, and reached R$49 billion in 2020, with a growth rate of 4.5% above the inflation rate for the period.

Deloitte also emphasizes the international recognition of Brazilian advertising. As a result of the combination of their talents with a healthy and balanced business model, advertising production in Brazil is internationally recognized for its quality and creativity. According to the WARC Creative 100 ranking, the country ranks third in the world for most creative advertising. In 2019, Brazil received 85 trophies at the Cannes International Festival of Creativity10, being the third country with the highest number of awards in the most recognized advertising awards in the world.

To estimate the impact of advertising on economic activity, Deloitte used an econometric model that analyzes the correlation between gross amount invested in media purchases and Brazilian GDP. The model was developed by Deloitte in the UK and adapted in Brazil to validate the impact of advertising in the country context. The study took into account data from Kantar Ibope Media, selected because of its sample size and the historical series of the survey, with those from CENP-Meios to generate the investment estimate.

Although times are challenging, with a slowdown in GDP growth in the last decade, advertising has maintained its ability to multiply the amount invested in it. The econometric model estimates that 1% growth in advertising investment is associated with a 0.06% growth in GDP per capita. This meant, in 2020, that for every R$1 spent on advertising, an increase of R$8.54 was identified in the economy as a whole. Considering that, that year, the purchase of advertising space in the main media and vehicles totaled R$49 billion, the estimated impact of advertising on the Brazilian economy was R$418.8 billion in the period, equivalent to 6% of the GDP.

The result of the analysis is in line with the results obtained in other similar studies. The 2012 British study – which includes 17 countries, including Brazil – obtained coefficients between 0.06 and 0.09. The 2015 study by Deloitte on the advertising market in Australia obtained 0.03 in a sample of 13 developed countries, while the 2017 New Zealand publication found a coefficient of 0.04 in a sample of 35 countries.

The segments with an indirect relationship are those that, although they participate in the ecosystem, are partially supported by advertising, either by supporting the activity or by broadcasting advertising. Examples are pay TV, newspapers, magazines, and cinema.

According to data from the Annual Social Information Report (RAIS), of the Ministry of Economy, advertising generates more than 196,000 jobs and supports part of economic activities that employ around 240,000 people. When the direct and indirect segments are added together, 435,370 jobs are directly or indirectly related to advertising.

Discover the study in full in the attached infographic.

Learn more about CENP and self-regulation on the website https://cenp.com.br/ and in the series of videos on advertising activity in Brazil: https://bit.ly/3fWRhMV

• Study "The value of advertising in Brazil", commissioned by CENP to Deloitte

• Each real invested in advertising in 2020 generated 8.54 reais for the Brazilian economy

• Investment in media last year, in the order of R$49 billion, was accompanied by an increase in the GDP estimated at R$418.8 billion

• In 2019, according to data from the Ministry of Economy, about 435 thousand people had employment in segments directly or indirectly related to advertising

• Advertising funds the media, supporting freedom of expression, an important pillar of democracy.

• Advertising promotes culture, education, and entertainment, being the most important source of revenue for most media outlets.

• Advertising is essential for advertising companies to build value for their brands, increase revenue and sustain their corporate strategies.