Honduras: IAPA condemns expulsion of and attacks on journalists 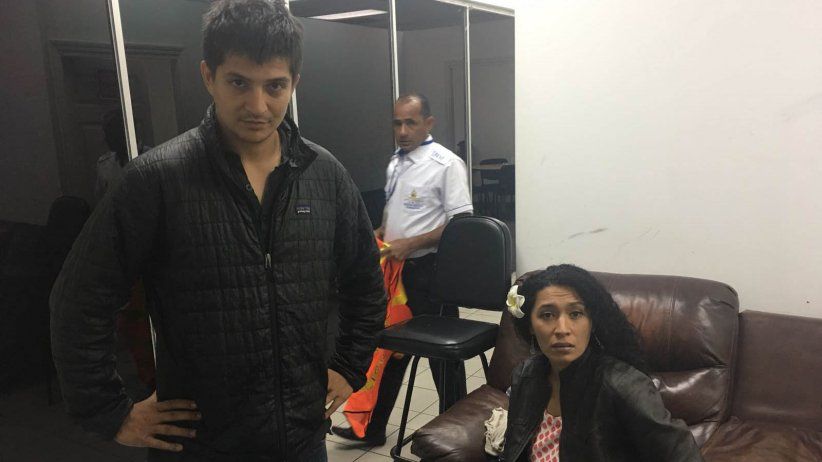 Restrictions to journalists is a serious violation of the freedom of movement of members of the press.

MIAMI, Florida (December 7, 2017)—The Inter American Press Association (IAPA) today condemned the prohibition to enter Honduras made to three international journalists and the hostile atmosphere against reporters and media workers that are covering protests following disputed presidential elections, restrictions that the hemisphere organization regards as a serious violation of the freedom of movement of members of the press.

Gustavo Mohme, IAPA president and editor of the Peruvian newspaper La República, declared, "What is happening in Honduras is a matter of national and international interest and to hinder the work of the press and the free flow of information is contrary to what should rule in a democratic society."

American freelance journalists Jihan Hafiz and Reed Lindsay and Briton Ed Agustín on December 4 traveled to Honduras to cover the political crisis regarding the results of the presidential elections on November 26 and the denunciations of fraud. The three journalists were held for 24 hours at the Toncontín International Airport without the migration officials explaining the reason for their deportation from the country the following day.

On December 1 the government declared a state of emergency that suspends the constitutional guarantees of association, meeting, circulation and freedom of expression, among others, Reporters, cameramen and news media have been restrained within the framework of news coverage of the electoral process, according to a denunciation by the Committee for Freedom of Expression (C-Libre) of Honduras.

Roberto Rock, who chairs the IAPA's Committee on Freedom of the Press and Information and heads the Mexico City portal La Silla Rota, added, "To limit and block journalistic coverage is also to abuse the right of the citizens of Honduras to receive wide-ranging news that enables them to make informed opinions about what is happening in their country, thus restricting the right to know and to be well informed is an affront to freedom of information that is established by all the international treaties adopted by Honduras."

Military Police officers on December 1 attacked cameraman David Matute of Marte TV in the town of Comayagua in the country's central zone and the next day journalist Bladmir Rivera of the Prensa television channel underwent the same fate during his news coverage in southern Honduras, C-Libre reported.

The international press has also had difficulties in doing its work in Honduras, regarded as one of the most dangerous countries in the world to work as a journalist. Reporter Sarah Kinosian, who writes for the British newspaper The Guardian and works for the BBC and the news program Democracy Now, told the publication Columbia Journalism Review that several days ago she was beaten by a police officer while she was covering a protest.

Cameraman Antonio Torres of Telesur was accompanying a journalist colleague at the National Migration Institute when he was harassed by emigration officials and members of the Armed Forces.

For their part journalists Jorge Alberto Estrada Baca and Leisy Johana Flores Gáleas of UNE TV told C-Libre that on November 28 they noticed that in a building under construction in front of the TV station there were snipers and a person with a shotgun and binoculars watching and pointing to the TV channel. They also reported they were chased by armed men who stole their phones.