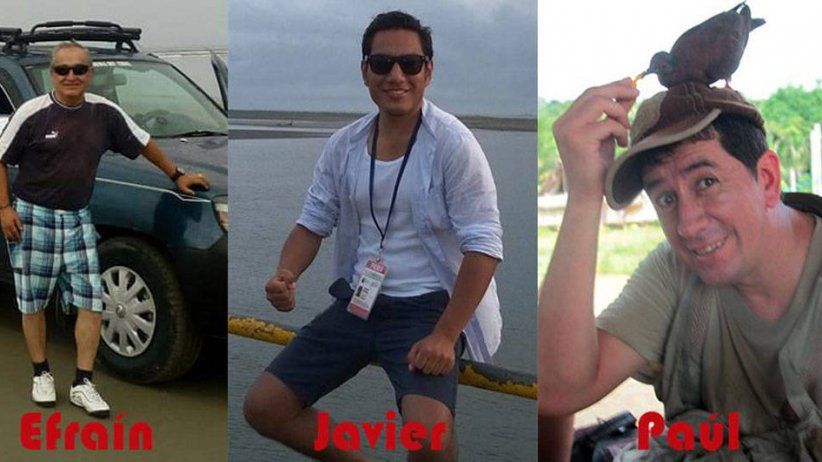 Public call upon the authorities not to give up until the victims are freed.

MIAMI, Florida (April 2, 2018)— "More than the kidnapping of three press workers what has been abducted in Ecuador is press freedom and the public's right to be informed," declared the president of the Inter American Press Association (IAPA), Gustavo Mohme, who urged a public call upon the authorities not to give up until the victims are freed.

Mohme, editor of the Peruvian newspaper La República, added, "We are facing one of the worst actions against members of the press, who in areas of armed conflict like those they are working in should be regarded as civilians and be respected and protected as such" as established in various resolutions of the United Nations, among them those of December 2006 of the Security Council.

The names of the press workers kidnapped on March 26 in Mataje, in the province of Esmeraldas, in northern Ecuador on the border with Colombia, were revealed this Sunday. They are reporter Javier Ortega, 31; photographer Paúl Rivas, 45, and driver Efrain Segarra, 60. Their names had not been disclosed previously so as to protect the victims and the secrecy of the investigations being carried out by the Anti-Kidnapping Unit of the Ecuadorean Police (UNASE).

The chairman of the IAPA's Committee on Freedom of the Press and Information, Roberto Rock, of the Mexican news portal La Silla Rota, said that the IAPA joins with the demonstration of solidarity of the press guild through the movement #NosFaltanTres (#WeMissThree) and urges all those in power and Ecuadorean civil society to become involved so as to demand the freedom of the journalists. "When a journalist is kidnapped," added Rock, "not only in play is the integrity of the victim but that of the information which he or she was about to reveal, for which reason we are facing an offense against all society, which should be a state issue."

Mohme and Rock recalled that the IAPA last week asked the presidents of Ecuador, Lenín Moreno, and of Colombia, Juan Manuel Santos, to work in coordination since it was known that the crime was understood to involve the border zone between their two countries and to have been committed by unlawful armed groups.

According to the newspaper El Comercio Ortega, Rivas and Segarra had traveled from Quito to relieve another press team of the newspaper that had been giving coverage of the violent situation reported in that part of the country since late January and where there had occurred several attacks with explosives. 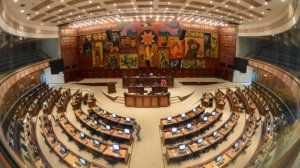