Support local news — it's crucial to our lives and our democracy 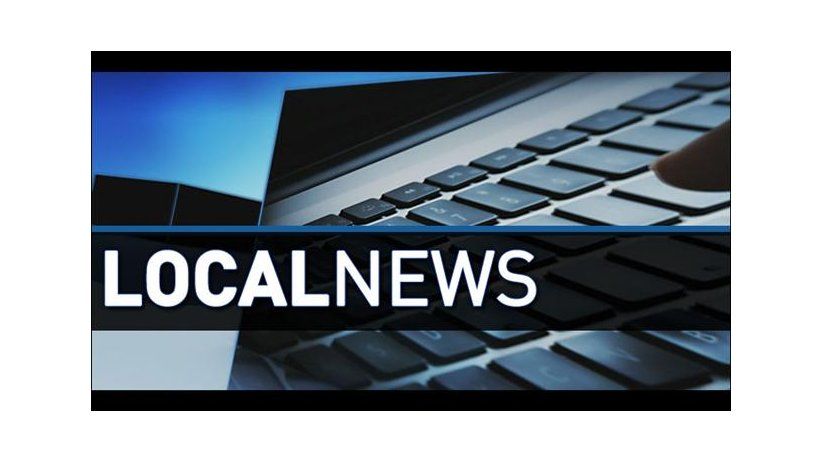 The murder of five people at the Capital Gazette in Annapolis was tragic. It was also a powerful reminder that local news organizations are the bedrock of engagement in a democratic republic.

Downloads
0
0
Tweet
$.-
Support local news — it's crucial to our lives and our democracy

The murder of five people at the Capital Gazette in Annapolis was tragic. It was also a powerful reminder that local news organizations are the bedrock of engagement in a democratic republic. They inform citizens in local congressional districts, mayoral regions or neighborhood councils — the basic units of government. They are open and available; even the doors of the Gazette's office were glass.

The Gazette tells its community's everyday story, every day. Who did what, what the Board of Ed or city council did, what streets are closed, where buildings will be built, who won the game, who got married and what's the latest joke in town. Consumers of local newspapers — or local radio, online or television news operations — like the Gazette judge the reliability of the publication because they live the paper's stories. The citizen is the ultimate fact-checker — and it couldn't be more different than the distant report from national news centers, or the anonymous or unverified writings that flood the Internet and social media.

At the beginning of our republic, media's reach was local and largely verifiable. But for the last couple of decades, local news has been under financial stress, as readers have embraced opinion and commentary served up on the Internet and cable TV, disconnected from the geographical location of the news consumer.

Unlike European and Latin American newspapers, the holy grail of American journalism has long been the full, accurate contextual search for truth, regardless of ideology. In providing the public with accessible insights into the arguments at the core of our republic, the Founding Fathers formalized the role of the press as the staging ground for the middle, a written and spoken battlefield where wars of words are waged until common ground is reached.

This tendency toward the middle, toward principled compromise based on common interests and promoted by a local press, is the genius of American democracy. Americans ultimately reject extremes, often tempering the power of an executive with one ideology by installing a legislature with another, tuning out or voting out voices that lead to the edges.

Yet today, our collective ability to engage in principled compromise is waning.

Local radio, television, Internet and newspaper reporters have not been immune from anti-news media sentiment. They are not distinguished in attacks on journalism; by design, they are exposed to their readers which, until Thursday, seemed a good thing to ensure authenticity. And that shouldn't change.

Traditional American news reports of the kind The Gazette produces daily provides a shared basis of fact on which to debate decisions; the foundation for democratic decision-making. That's worth preserving — no matter the platform — because it's exactly the place where we can start rebuilding the trust that has crumbled on the national scene. They are where people in towns with different views can feel part of the same community, not just the same tribe.

While the maddening evil of last week's attack captured headlines, the existential threat to local news is rooted in the collapse of the ad-based business model that sustained local news for more than a century. Local publications have gone digital but mostly haven't found the way to build a robust business online, despite hundreds of experiments in membership, event sponsorships and advertising. With scale and an ability to target audiences precisely, the Facebooks and Googles have captured close to 90 percent of new digital advertising revenue over the last decade.

For the last 25 years, print, television and radio news companies have squeezed operations to stay profitable, while still serving the communities they cover. Having been an early part of that trend, I know personally what an increasingly difficult task it has been to balance business need and still be true to the news mission. More recently, private equity investors have entered the field without any evident sense of news mission, eliminating staff and news production to levels that effectively have turned huge swaths of our country into local news deserts, unable to keep tabs on government and corruption, or even cover daily life.

Meanwhile, some news companies, such as McClatchy, owner of this newspaper, are working to reinvent the newsroom and the news products that are credible and essential for a 21st century audience. Dozens of papers nationwide have joined the Knight-Lenfest Newsroom Initiative, that helps advance digital transformation of local news. And many dozens of nonprofit news organizations have sprung up locally across the country.

What to do? If you want to support your community, subscribe to your local paper and demand more coverage. Support local public radio news or nonprofit news outlets that are filling critical gaps in coverage. You can find nonprofit organizations across the country through NewsMatch.org. Foundations should follow the lead of community foundations in San Diego and Hartford, which helped launch the Voice of San Diego and Connecticut Mirror, or like the Houston Endowment's early support for the Texas Tribune. These online publications have added critically to local knowledge.

Many foundations have begun to invest in journalism. I applaud that and urge that they fund journalism, not advocacy. And then there are the digital platforms, the accidental publishers of Google, Facebook, Twitter and Snapchat that take, repurpose and present the work of others without sharing profits with news producers or assuming responsibility for the veracity of the information they present. That needs to change by pressure from the market or, heaven help us, from government.

I live in Miami and have worked in newspapers here for many years. I used to marvel at the fact that only 90 miles away from Florida, in Cuba, people might be shot or jailed for doing what we were privileged to do because we practiced journalism in the United States. That's a distinction worth preserving.

ALBERTO IBARGÜEN (@IBARGUEN), FORMER PUBLSIHER OF THE MIAMI HERALD, IS PRESIDENT OF THE JOHN S. AND JAMES L. KNIGHT FOUNDATION. THE FOUNDATION PROMOTES DEMOCRACY THROUGH INFORMED AND ENGAGED COMMUNITIES.