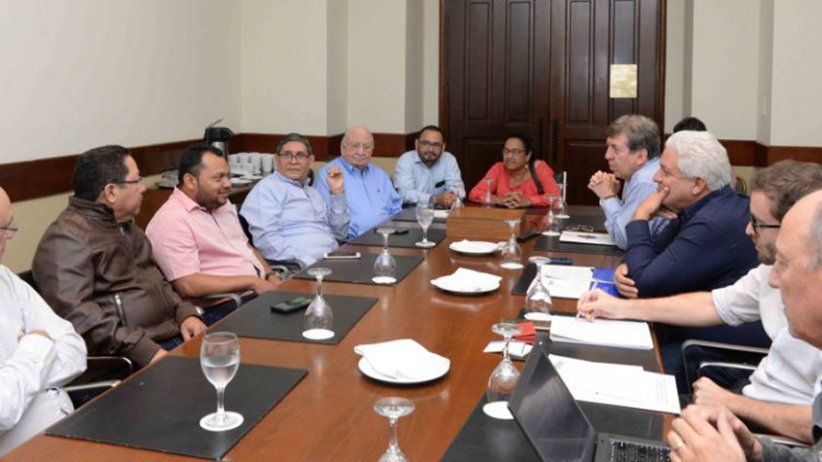 The organizations are concerned at the weak state of freedom of expression and of the press within the framework of violence and chaos reigning in the country.

MANAGUA, Nicaragua (August 14, 2018)—A joint international delegation of the Inter American Press Association (IAPA) and Reporters Without Borders (RSF) is in this city where it is holding meetings with journalists, diplomats and representatives of civil society, political associations and the Catholic Church that have taken part in meetings of national dialogue, concerned at the weak state of freedom of expression and of the press within the framework of violence and chaos reigning in the country.

The joint mission will remain in the Central American country until tomorrow and has scheduled meetings with reporters and editors of media of this capital city and of the interior of the country. The IAPA also sent a request to meet with the Executive Branch, sending a letter on August 2 to the Vice President and Coordinator of the government's Social Communication and Citizenship, Rosario Murillo, and to President Daniel Ortega. The government has not responded so far.

The mission comprises, for the IAPA: President Gustavo Mohme, editor of the Lima, Peru, newspaper La República; the chairman of the Committee on Freedom of the Press and Information, Roberto Rock, editor of the Mexico City, Mexico, news portal La Silla Rota, and Executive Director Ricardo Trotti, Miami, Florida. For the RSF: Emmanuel Colombié, director of the Latin America Office of RSF, Rio de Janeiro, Brazil.