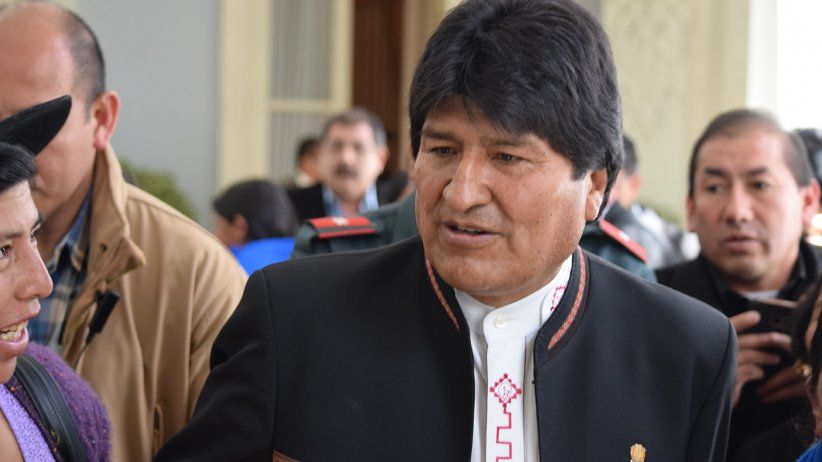 The endorsement of this kind of statute is intended to silence and censor criticism, said IAPA President.

MIAMI, Florida (August 24, 2018)—The Inter American Press Association (IAPA) today expressed concern at an announcement made by Bolivia's President Evo Morales in favor of adopting a law against lying, a threat that occurs after accusing the opposition and news media of disseminating false information in order to discredit his government.

During a public act on Wednesday (August 22) in Sucre, President Evo Morales declared that "I am thinking perhaps to prepare a law against lying" in order to punish "the liar, whether it be an authority or news media outlet."

IAPA President Gustavo Mohme, of the Peruvian newspaper La República, voiced alarm that "when a government leader feels uncomfortable by denunciations of corruption and contrary opinions, he tends to promote the approval of this kind of statute with the aim of silencing and censoring criticism."

The proposal by Morales, who has been in power for more than 12 years, came about just a few days after accusing the opposition and some news media of disseminating falsehoods in order to discredit his administration. Since 2016 the IAPA has been denouncing that the government describes members of the press, independent newspapers and radio stations that carry out journalistic investigation work as "a lying cartel" and "media terrorists."

Morales has called the press his "enemy number one." In this regard the chairman of the IAPA's Committee on Freedom of the Press and Information, Roberto Rock, of the Mexican news portal La Silla Rota, quoted the Declaration of Chapultepec in which it is established that "No news medium nor journalist may be punished for publishing the truth or criticizing or denouncing the government," whose officials are exposed to greater scrutiny.

Several local press organizations rejected the proposal, among them the National Press Association (ANP), considering that the action would go against the Constitution and the international treaties that guarantee the exercise of freedoms and of which Bolivia is a signatory.