Freedom of Expression Freedom of the Press Impunity Mexico IAPA 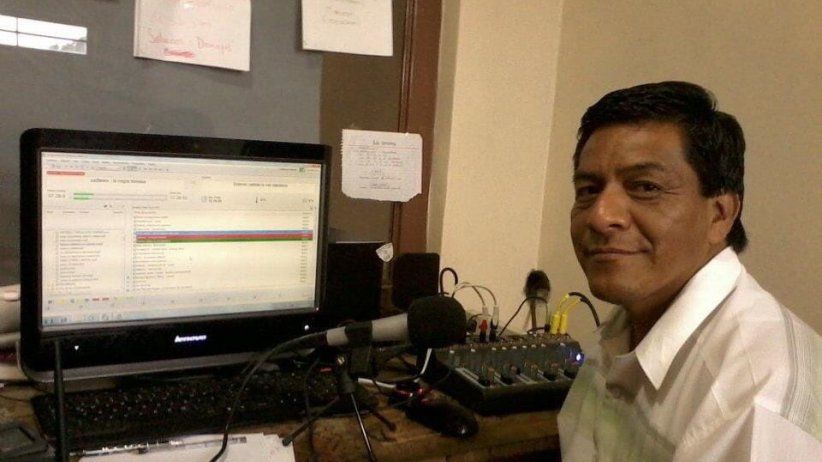 IAPA condemn the murder in Mexico of journalist Telésforo Santiago and called on the government to act with responsibility on its duty to protect, investigate and punish those who commit acts of violence against journalists.

MIAMI, Florida (May 3, 2019)—On World Press Freedom Day the Inter American Press Association (IAPA) today raised its voice to condemn the murder in Mexico of journalist Telésforo Santiago and called on the government to act with responsibility on its duty to protect, investigate and punish those who commit acts of violence against journalists. At the same time, it stressed its concern at the hostile tone of the discourse of the government of President Andrés Manuel López Obrador with critical media.

Santiago, founder and host of community radio station Estéreo Cafetal, was murdered yesterday (May 2) afternoon in the town of San Agustín Loxicha, Oaxaca state, in southwestern Mexico. He was traveling in his vehicle to the radio station when he was ambushed by armed assailants who shot him, according to local media.

IAPA President María Elvira Domínguez expressed her organization's solidarity with Santiago's family and colleagues. "We insist on demanding the Mexican authorities to fix the failed system of protection and safety of journalists, as well as the investigation instances created to attend these cases. Good intentions are not enough, it is now time to act seriously," declared Domínguez, editor of the Cali, Colombia, newspaper El País.

For his part the chairman of the IAPA's Committee on Freedom of the Press and Information, Roberto Rock, editor of the online news portal La Silla Rota, declared, "To solve the murders of journalists in order to learn the motives and bring the criminals to justice is part of the equation to reduce the high level of impunity in the country."

Santiago, the seventh journalist murdered in Mexico since last December 1, used to review on the radio station the performance of the local government and was a candidate for the municipal council chairman on several occasions. He also worked as a professor of indigenous education and on the radio defended and promoted the rescue of the indigenous language and culture.

Other journalists killed in Mexico are: Omar Iván Camacho, on March 25 in Sinaloa; Santiago Barroso Alfaro, on March 15 in Sonora; Jesús Eugenio Ramos, on February 9 in Tabasco; Rafael Murúa Manríquezon January 19 in Baja California Sur; Diego García Corona, on December 4 in Morelos, and Jesús Alejandro Márquez, on December 1 in Nayarit.

Also, IAPA expressed its concern at repeated finger-pointing by President López Obrador at critical publications in news media, which in press conferences he brands as "old-fashioned" or "over-refined". These statements have been directed in more than one case to the newspaper Reforma, whose editor, Juan Pardiñas, complained in recent days of having received threats of an unknown origin, to which the government responded with the offer of police protection for the editor.

On this case, Dominguez and Rock highlighted the need to understand the key role of the independent press in a democracy, and called on the government to practice moderation and tolerance as values of a citizen's mandate.