IAPA condemns murder of another journalist in Mexico 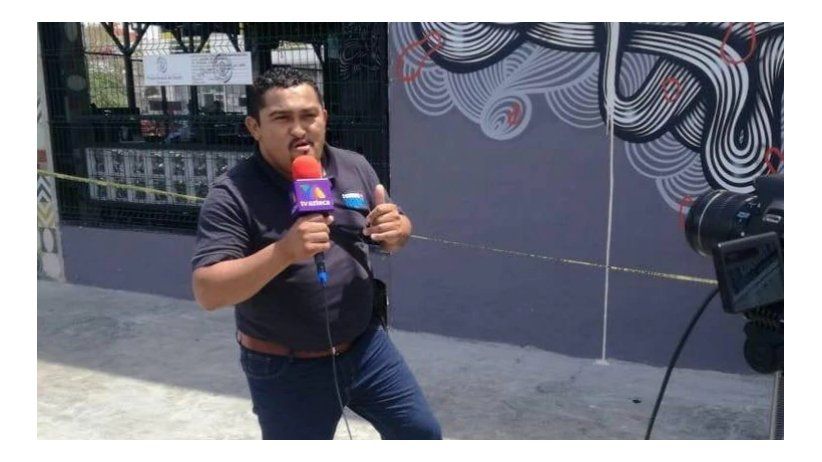 MIAMI, Florida (May 17, 2019)—The Inter American Press Association (IAPA) today condemned the murder of journalist Francisco Romero, the sixth such crime in Mexico this year. The organization reiterated the urgent request to the government to deal effectively with these crimes and fully solve them.

The body of Romero, editor of the online media Ocurrió Aquí (It Happened Here), was found at around 6:00 a.m. on May 16 near a bar in the beach town of Playa del Carmen, Quintana Roo state. The body showed signs of beating and a bullet wound in the head. On his Facebook news page, Romero complained that he had received threats after which he was embraced in the National Mechanism of Protection of Journalists and Human Rights Defenders.

IAPA President María Elvira Domínguez condemned the murder and urged the government to show political will to comply with its duty to protect journalists, and to investigate and punish acts of violence. "Our organization will continue reiterating the urgency of correcting the weaknesses of the mechanism of protection, with the aim that it could comply in an effective manner with the objective for which it was created," stressed Domínguez, editor of the Colombian newspaper El País.

Romero, known as "Ñaca ñaca," was a stringer of the daily newspaper El Quintana Roo Hoy and of the online weekly Playa News. Last year murdered were the Playa News editor, Rúben Pat on July 24 and another stringer of that media outlet, José Guadalupe Chan Dzib on June 29.

The chairman of the IAPA's Committee on Freedom of the Press and Information, Roberto Rock, declared, "Regrettably we are continuing with the same pattern of violence and impunity." Rock, editor of the online news portal La Silla Rota, added, "So long as we have to lament the murder of another journalist in Mexico we shall not cease insisting to the authorities that violence cannot be accepted as a daily and normal event of this society."

Including Romero since last December under the new administration of President Andrés Manuel López Obrador eight journalists have been murdered in Mexico: Telésforo Santiago, on May 2 in Oaxaca; Omar Iván Camacho, March 25 in Sinaloa; Santiago Barroso Alfaro, on March 15 in Sonora; Jesús Eugenio Ramos, on February 9 in Tabasco; Rafael Murúa Manríquez, on January 19 in Baja California Sur; Diego García Corona, on December 4 in Morelos, and Jesús Alejandro Márquez, on December 1 in Nayarit.