IAPA condemns stigmatization of the press, saying it puts journalists' lives at risk 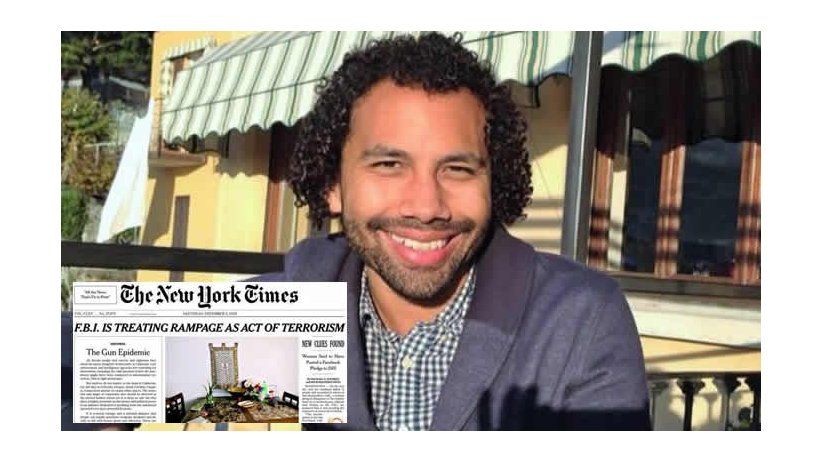 "The stigmatization and insults of the press, made by public officials and disseminated in social media, create a hostile climate for the press and incite violence against journalists and the media," said the IAPA president.

MIAMI, Florida (May 22, 2019)—In a continent in which seven reporters have lost their lives in the first few months of this year the Inter American Press Association (IAPA) expressed concern today at campaigns stigmatizing journalists in Colombia and the United States that limit the freedom of the press, weaken public debate in a democracy and increase risk to the lives of the journalists.

The New York Times correspondent, Nicholas Casey, reporting from Colombia, left the South American country over "false accusations" that threatened his safety after Colombian Senator María Fernanda Cabal, of the governing party, tweeted two photos of the reporter and a comment that questioned how much he had been paid by the guerrilla group FARC for publishing both a favorable report for them and one criticizing the army. The photo Cabal tweeted in which the reporter appears on a motorcycle turned out not to be of Casey, but of news photographer Federico Ríos, who has also left the country.

The legislator's tweet, accompanied by the tag #CaseyEsFakeNews (#CaseyIsFakeNews) and replicated by other politicians, was in response to an article by Casey headlined "Colombia Army's New Kill Orders Send Chills Down Ranks" published on May 18 in The New York Times. Casey referred to the alleged order of the chief of the Colombian Army to double the number of criminals and guerrillas killed or captured.

María Elvira Domínguez, IAPA president and editor of the newspaper El País, in Cali, Colombia, stressed her rejection of the increasingly frequent use of the stigmatization of journalists as a means of censorship. She expressed the seriousness for the practice of journalism that is signified by public officials and politicians not measuring the consequences that their words could have when their criticisms and stigmatizations are directed against reporters and their professional work. She added that "the stigmatization and insults of the press, made by public officials and disseminated in social media, create a hostile climate for the press and incite violence against journalists and the media."

Roberto Rock, chairman of the IAPA's Committee on Freedom of the Press and Information and editor of the Mexican online news portal La Silla Rota, said, "The stigmatization has intensified with the Internet, social media and officials and government leaders who discredit the messengers when they investigate and denounce corruption." He declared that the discourse of hatred and intolerance of criticisms based on investigations and denunciations "weaken not only press freedom, but the public discussion that is an inherent guarantee of democratic life."

Another incident that also involved The New York Times and other media outlets in the United States this week had President Donald Trump, who continued reiterating his anti-press "mantra" that the media and journalists are "enemies of the people" and "corrupt" or makers of "fake news," as a protagonist.

Trump reacted in this manner to an article in The New York Times published on May 19 about the alleged money-laundering carried out by institutions linked to the president and his son-in-law Jared Kushner with Deutsche Bank between 2016 and 2017. The article also declared that some banks did not want to do business with Trump.

The Inter-American Commission on Human Rights for its part has declared that to stigmatize the press or political opponents "is a form of violence" that increases the risk to the lives of those affected.