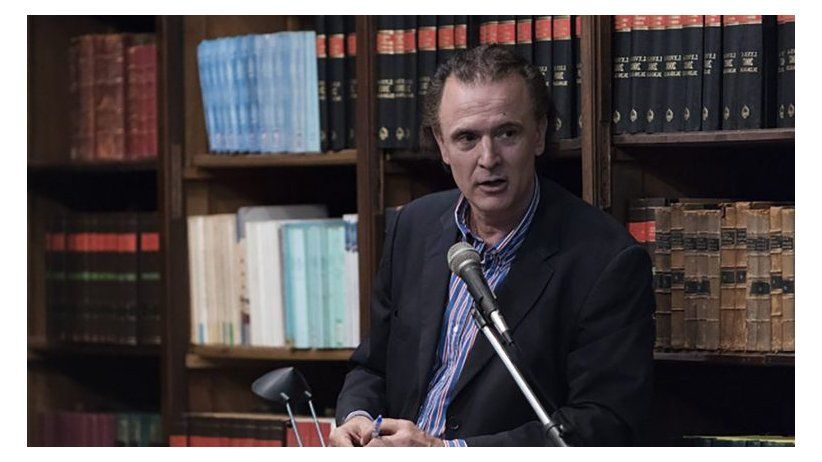 This case could inhibit and give rise to self-censorship, "consequences that would be regrettable in a country in which independent journalism is contributing to more transparency and democracy."

MIAMI, Florida (August 9, 2019)—The Inter American Press Association (IAPA) today considered as contrary to the principles of press freedom a legal action in Argentina that criminalizes the work of reporter Daniel Santoro, setting an adverse precedent for investigative journalism and transparency.

Federal Judge Alejo Ramos Padilla on Wednesday prosecuted Santoro, investigative reporter of the newspaper Clarín, on a charge of coercion and extortion, linking it to one of his sources who was accused of heading a criminal organization that spied on and blackmailed business leaders.

Santoro denied the charges, saying that the connection with his source was strictly for his investigative work into a case of corruption, and he presented proofs that the judge rejected. The judge argued that the journalist knew about the criminal activities of his source and that he contributed to some illicit plans of the criminal organization.

IAPA President María Elvira Domínguez, editor of the Cali, Colombia, newspaper El País, said that the judicial decision is surprising for two reasons. "First because Argentina has a long tradition and constitutional doctrine that respects journalistic secrecy and access to sources, and secondly because the judiciary would be confusing reporting work with criminal complicity, mostly in the case of Santoro, a prestigious journalist who has uncovered dozens of cases of corruption of great significance."

For his part the chairman of the IAPA's Committee on Freedom of the Press and Information, Roberto Rock, editor of the Mexican news portal La Silla Rota, said that despite the fact that the IAPA tends to respect judicial decisions "in this legal process we see that journalistic professional secrecy is being undermined, creating an adverse precedent for investigative journalism and transparency."

He said that journalistic professional secrecy is incorporated in the Inter-American doctrine through the Declaration of Principles on Freedom of Expression of the Inter-American Commission on Human Rights, and it is underscored as essential for the construction of democracy in the Chapultepec Declaration.

Santoro, together with other Clarín journalists, in 2015 received the IAPA's Excellence in Journalism Award in the In-Depth Journalism category, for the series "La ruta del dinero K" (The Route of the K Money)" on corruption during the government of former president Néstor Kirchner.

Domínguez and Rock felt that this case could inhibit and give rise to self-censorship, "consequences that would be regrettable in a country in which independent journalism is contributing to more transparency and democracy."

IAPA concerned at ruling against practice of journalism in Colombia

The outrageous killing of journalists in Mexico, says IAPA

It has been a bleak six months for journalism in the Americas, says IAPA at conclusion of meeting