Freedom of Expression Freedom of the Press News IAPA Ecuador 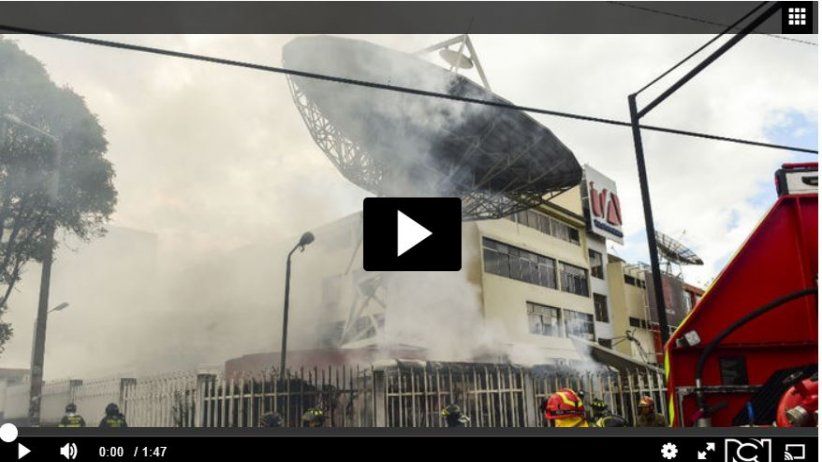 Downloads
0
0
Tweet
$.-
Miami (October 13, 2019) - The Inter-American Press Association repudiates and condemns the attacks against the Teleamazonas television station and the newspaper El Comercio de Quito, and has asked the government of President Lenín Moreno to offer constitutional guarantees for press freedom so that it will not become another victim harming the public's right to be informed.

Christopher Barnes and Roberto Rock, president of the IAPA and the Committee on Freedom of the Press and Information, respectively, expressed their strongest rejection of the attacks on the media. "We condemn the hostility against media and journalists and reject that the press is responsible for the social-political situation of Ecuador."

The IAPA authorities asked the government that, despite constitutional restrictions, "freedom of the press be respected, and the necessary security is provided to media and journalists, the only way to guarantee the public's right to be informed."

Last Thursday, after the capture of the House of Culture by indigenous organizations that demonstrate against the government of Moreno, 31 journalists from different media were held against their will. At that time, the Confederation of Indigenous Nationalities (Conaie) said that journalists were not kidnapped, although they accused the press that "there is a media war of concealment and decontextualization."

The Moreno government decreed a curfew on Saturday after protesters took over the National Controllership building. Previously, groups of hooded strangers attacked the facilities of Teleamazonas with molotov bombs, stones and burn tires, and set a vehicle on fire. In another violent act, protesters tried to enter the newspaper El Comercio.

During the demonstrations against the national government that began last week after it announced the suspension of fuel subsidies, more than 100 attacks were reported against journalists, cameramen and other media professionals. The attacks came from the protesters as well as from the security forces.