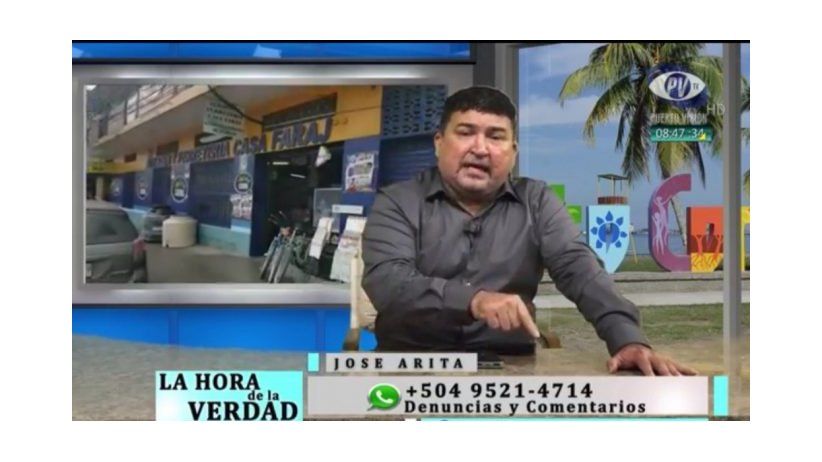 José Arita is the fourth journalist killed in Honduras this year.

Miami (November 26, 2019) - The Inter American Press Association (IAPA) condemned the murder of Honduran journalist José Arita, the fourth such killing this year, and urged authorities to investigate to understand the crime's motives and to prosecute those who did it.

Arita led the program "The Hour of Truth" in Puerto Vision de Canal 12 in the city of Puerto Cortés, in northern Honduras. Local media reported that after leaving the channel on Monday night, he was intercepted by so-far unidentified strangers who shot him several times. It is not known if he had received prior threats.

Roberto Rock, chairman of the IAPA Committee on Press Freedom, expressed solidarity with Arita's relatives and colleagues, and called on government authorities "as we have done regarding other murders, to do their duty, to promptly investigate and show preliminary results to see if the crime occurred because of their journalistic work."

Rock, director of the Mexican news portal La Silla Rota, added that public officials must "identify, prosecute and sanction" those responsible for "this and other crimes in Honduras."