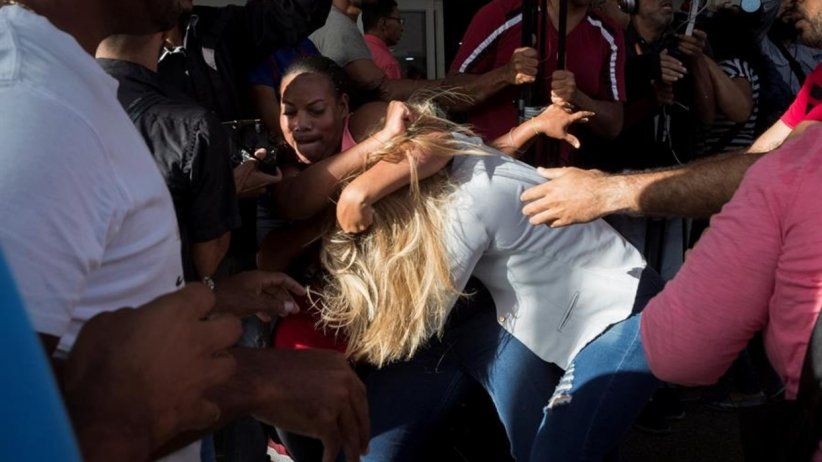 More than a dozen journalists and cameramen were attacked.

Miami (February 12, 2020) - The Inter-American Press Association (SIP) condemned the attacks against Venezuelan journalists who on Tuesday went to the Caracas international airport to cover the return to the country of the president in charge Juan Guaidó.

Followers of the Nicolás Mauro regime publicly assaulted more than a dozen journalists and cameramen, and some were stripped of their belongings, according to complaints from local media and press organizations. Among those attacked are Maiker Yriarte of VIVOplay, Nurelyin Contreras de Punto de Corte and Iván Ernesto Reyes de Efecto Cocuyo.

IAPA President Christopher Barnes and the president of the Committee on Freedom of the Press and Information, Roberto Rock, condemned the constant attacks against journalists during the media coverage that was also attended by official media. IAPA considers Venezuela one of the most dangerous countries in the Americas to practice journalism.

Barnes, managing director of the Jamaican newspaper The Gleaner and Rock, director of the Mexican news portal La Silla Rota, said that "unfortunately" as we have been denouncing, the perpetrators of physical attacks against journalists enjoy total impunity, deepening the deterioration of the press freedom climate in the country.

Guaidó, recognized as interim president of Venezuela by more than 50 countries and who returned to the country after making an international tour, was also beaten with his wife Fabiana Rosales and several members of Congress.