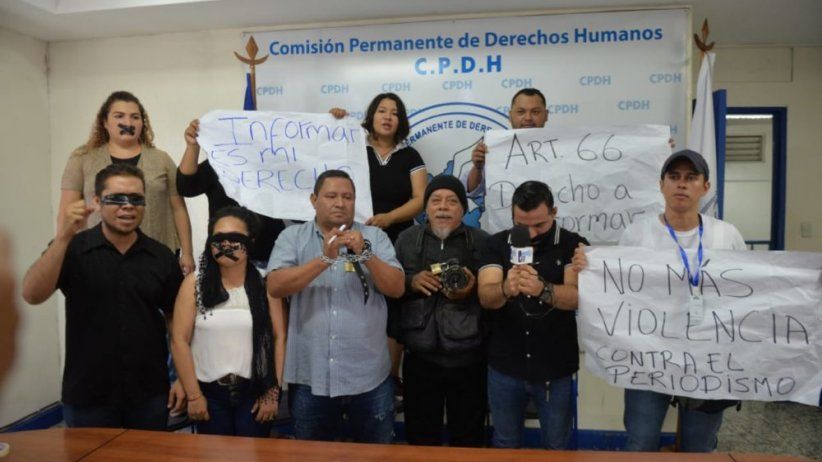 Miami (March 5, 2020) - The Inter American Press Association (IAPA) condemned the increase of attacks against journalists in Nicaragua, while calling on the government to return the media and their operation equipment to their rightful owners.

The president of the IAPA, Christopher Barnes and the president of the Committee on Freedom of the Press and Information, Roberto Rock, expressed concern about the increase in attacks against journalists, the latest of which occurred on March 3 during a funeral service for the late poet, priest and former member of the Sandinista party, Ernesto Cardenal.

During the religious ceremony, mobs of government supporters insulted, attacked and robbed journalists David Quintana of Boletín Ecológico, Hans Lawrence of Nicaragua Investiga and Leonor Alvarez of La Prensa. Other persons attending the funeral were also attacked and assaulted.

Barnes, director of the Jamaican newspaper The Gleaner and Rock, director of the Mexican news portal La Silla Rota, said "this act is further evidence that the Nicaraguan dictatorship remains stubbornly opposed to press freedom."

IAPA authorities recalled that television censorship continues against the media company 100% Noticias and the programmes Esta Semana and Esta Noche. Its newsrooms have been commandeered by the Police since December 2018. They also noted that, although the customs blockade of La Prensa newspaper supplies for more than one year was suspended in February, the regime continues its strategy of silencing media and journalists. El Nuevo Diario, also subject to this blockade, closed its doors at the end of September 2019.

The two television media have been broadcasting their programmes on YouTube and Facebook. Barnes and Rock said the government should return the equipment and assets of 100% Noticias and Confidential to their rightful owners, Miguel Mora and Carlos Fernando Chamorro, respectively.

According to a report from the Violeta Chamorro Foundation, 1,267 violations were recorded in 2019, which represents an average of three per day. For its part, the Association of Independent Journalists and Communicators of Nicaragua reported this week that between December 2019 and February 2020 there have been more than 400 crimes against press freedom and 61 cases of violence against reporters during their professional work.

On February 25, when the launch of an opposition coalition was signed, there were at least 23 attacks against journalists covering different activities of the group in Managua.