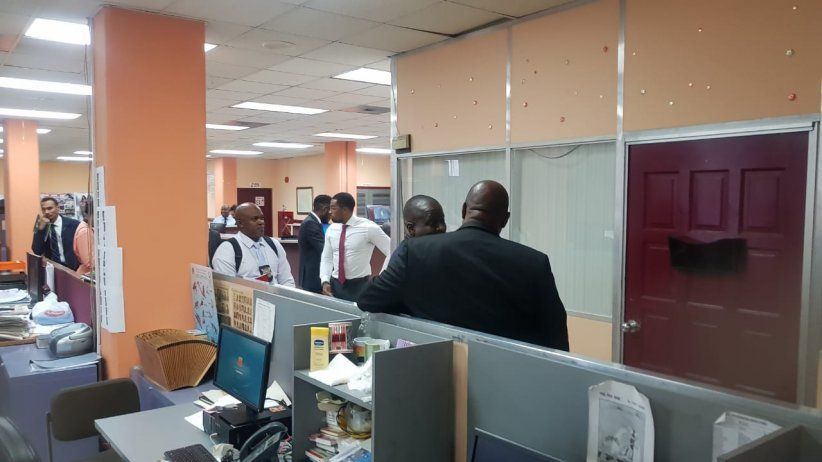 Headquarters of the Trinidad Express newspaper.

The police were searching for the sources of the top story published in the Sunday Express.

Miami (March 12, 2020) - The Inter American Press Association (IAPA) strongly condemns the actions of the Trinidad and Tobago Police service in their raid of the offices of the Editor-in-Chief of the Trinidad Express, Omatie Lyder.

Seven police officers, armed with a warrant, arrived at the Port of Spain offices of the media house on Wednesday March 12 and proceeded to the office of Lyder, who was not on duty at the time.

The police were searching for the sources of the top story in the Sunday Express, which stated that acting police Commissioner Irwin Hackshaw, was "flagged by three finan­cial institutions for close to $2 million in suspicious activity."

Barnes, director of the Jamaican newspaper The Gleaner and Rock, director of the Mexican news portal La Silla Rota, called on the Trinidad and Tobago Police Service to desist from this course and return any material taken away from the newspaper offices, and to respect the role of the press in a democracy and the right of the people to know. "This action violates all press freedom principles of the Declaration of Chapultepec and the values of the Declaration of Principles on Freedom of Expression of the Inter-American Commission on Human Rights, especially as it relates to protection of sources."

Barnes and Rock also condemned the threats on social networks that journalists from Guyana have been receiving for their post-electoral coverage, after the general elections on March 2. They also denounced that, with the intention of hindering their work, journalists are subjected to a strict media accreditation process.