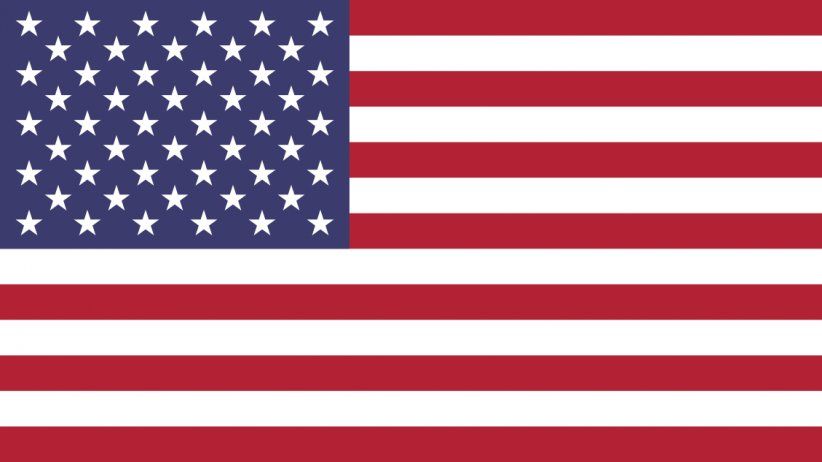 USA report on freedom of the press

Miami (April 8, 2020) .- The report by the Inter American Press Association on press freedom in the United States of America (USA) highlighted that for the first time in history, a president sued the media and, at the same time, continues with his attitude of stigmatizing the press and its critics.

COVID-19 coverage has been marked by moments of tension at press conferences and critical comments by President Donald Trump against the press. In the early stages of the pandemic, the president blamed the media for exaggerating about the coronavirus.

"As President Donald J. Trump campaigns for reelection, his verbal attacks on the news media have continued, and his reelection campaign recently filed a series of three defamation lawsuits against news organizations (one each against The New York Times, The Washington Post, and CNN)—an unprecedented step, as no sitting president (or his campaign) has ever filed a defamation suit while in office. The Trump administration has sometimes denied press access to specific outlets whose coverage President Trump perceives as negative, and the White House went over a year without holding a press briefing. In addition, newly adopted Senate rules hampered the news media's ability to report in real time on President Trump's historic impeachment trial. Against this backdrop, journalists have also faced animosity when interacting with customs officials, state legislators, police officers, and members of the public.

President Trump's disparagement of the news media, both on Twitter and during public appearances, has continued as he campaigns for reelection. He has criticized news outlets and reporters by name, most often targeting The New York Times and the cable news network CNN. In one November 2019 tweet, he proclaimed "The press is so dishonest that we no longer have Freedom of the Press!" At a campaign rally the same month, he inaccurately claimed that CNN had stopped broadcasting the rally live in response to his negative remarks about the outlet, stating falsely that he had seen the CNN television camera light turn off as he began to criticize the station. More recently, in response to fears surrounding the recent Coronavirus outbreak, President Trump and his staff blamed the news media for purportedly exaggerating the severity of the virus in order to harm the president's reputation.

Many have voiced concerns that President Trump's anti-press rhetoric could incite violence against members of the press. These fears intensified in October 2019, as a graphic video went viral, depicting President Trump shooting, stabbing, and assaulting members of the news media, as well as his political opponents. This video was shown at a conference for his supporters. The president was not present at the event, and he stated that he "strongly condemned" the video.

Government officials at the state level have targeted specific news outlets as well. Echoing the language used by President Trump, representatives in the Tennessee state legislature introduced a bill declaring that The Washington Post and CNN are "fake news," formally "condemn[ing] them for denigrating our citizens."

U.S. Customs and Border Protection officers have reportedly asked journalists harassing questions or made politicized remarks. In October 2019, a CBP officer withheld a journalist's passport at an airport, repeatedly asking the journalist, "You write propaganda, right?" The CBP officer refused to return the passport until the journalist answered in the affirmative. Earlier in 2019, CBP officers asked a journalist if he was "part of the 'fake news media,'" told journalists they should "fall in line" behind the President, and "grilled" a journalist about his news outlet's political reporting.

Though unrelated to these troubling interactions, a federal trial court in Boston issued a decision with positive implications for journalists at the border in November 2019, ruling that federal agents may not conduct searches of travelers' electronic devices at the border without reasonable suspicion that the device contains contraband.

Two journalists were arrested on the job in recent months. In November 2019, a judge in the state of Arkansas found a broadcast journalist in contempt of court for violating a prohibition on audio recording in his courtroom, although the journalist said she was unaware of this rule. The judge sentenced the reporter to serve three days in jail, but subsequently reduced her sentence, allowing for her release after just a few hours. In February 2020, a photojournalist documenting the arrest of an individual in New York City was himself arrested and held for several hours before his release. He was charged with disorderly conduct, purportedly for "refus[ing] to comply with repeated requests to step back" while filming the arrest.

In an unprecedented move, President Trump's reelection campaign recently filed a series of defamation lawsuits against news outlets. To date, his campaign has sued The New York Times, The Washington Post, and CNN. The Trump campaign sued all three news outlets over opinion-editorial pieces, all of which discussed Russian interference in the 2016 presidential election and the possibility that then-candidate Trump invited assistance from the Russian government. Devin Nunes, a congressman from California, also filed numerous defamation lawsuits against news outlets in 2019, naming defendants including CNN, journalist Ryan Lizza, Hearst (publisher of Esquire Magazine), and McClatchy (parent company of Nunes' hometown newspaper, The Fresno Bee). Critics have cautioned that such lawsuits are frivolous, noting that the law protects opinions based on disclosed facts, and set a dangerous precedent.

In October 2019, the City of Fullerton, California, sued a community news blog, alleging that the blog had violated the Computer Fraud and Abuse Act, as well as California state computer fraud laws, by accessing files that the city stored online in a publicly-available Dropbox folder that was not protected by a password. This case, which is ongoing, prompted alarm among press freedom advocates because the conduct alleged—accessing publicly available documents over the internet—is not hacking, which is what these laws aim to penalize. In another disturbing twist, the city obtained a prior restraint preventing the blog from publishing the information it had obtained from the Dropbox folder. Fortunately, an appellate court quickly reversed that decision.

Physical assaults on journalists continued in recent months. These included sexual harassment, physical attacks, and equipment damage—in one instance at the hands of a government official. In September 2019, upon seeing a reporter filming in the hallway of the state legislative building, a North Carolina state senator wrested the phone from the reporter's hand and threw it down the hallway, damaging it beyond repair.

The Justice Department continued its crackdown on federal employees or contractors who share government secrets with journalists, prosecuting an additional three people in 2019. In October, the Trump administration secured a grand jury indictment against Henry Kyle Frese, a counterterrorism analyst for the U.S. Defense Intelligence Agency, for allegedly leaking classified documents to journalists. Frese is the eighth individual prosecuted during Trump's tenure on charges of leaking government documents to the press.

The May 2019 indictment of Julian Assange, which included multiple charges – conspiring and participating with Manning in stealing documents from the government, among others - under the Espionage Act continues to be a source of concern for press freedom advocates in the country. The Government is currently attempting to extradite Assange from the United Kingdom.

Reporters continue to be denied access to information at the highest levels of the federal government. The White House did not conduct a press briefing for over a year, going from March 11, 2019, to March 14, 2020, without a briefing. In addition, news media access to the historic impeachment trial of President Trump in January 2020 was restricted. Rules imposed by Senate officials required that reporters remain in "press pens" outside the Senate chamber, preventing them from moving freely to speak with Senators, even when outside the chamber. Only Senate-controlled cameras were permitted inside the chamber.

In addition, certain federal agencies have excluded specific journalists and outlets from certain events and travel opportunities. In September 2019, the Department of Homeland Security invited and then subsequently disinvited a BuzzFeed News reporter from a press tour of the southern U.S. border, providing no explanation for the rescinded invitation. In January 2020, following an interview with a host from National Public Radio ("NPR") in which he was questioned about the former U.S. ambassador to Ukraine, Secretary of State Mike Pompeo reportedly verbally berated the reporter, then challenged her to find Ukraine on an unmarked map (which the NPR journalist did). Secretary of State Pompeo subsequently issued an official statement in which he accused the reporter of lying and implied that she was unable to locate Ukraine on the map. Days later, in what appeared to be retaliation for this incident, the State Department refused to allow another NPR reporter to travel with Pompeo's press pool on a government airplane for an upcoming overseas diplomatic trip.

Government officials also excluded disfavored news outlets from certain events. President Trump excluded CNN from an off-the-record luncheon held with news anchors prior to his State of the Union address on February 4, 2020. Following his filing of a defamation lawsuit against the newspaper's parent company, Representative Nunes prohibited journalists from The Fresno Bee from attending a forum event at which he spoke."