IAPA concerned about the fragility of Bolivian newspapers 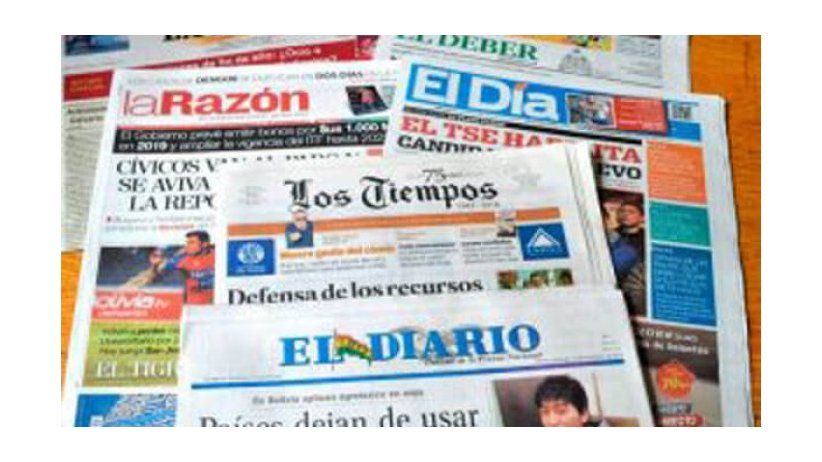 Calls on the government to explore sustainability alternatives

Miami (April 27, 2020) .- The Inter-American Press Association (IAPA) expressed its deep concern about the fragile state of the Bolivian newspapers, which for weeks, among other measures due to the COVID-19 pandemic are only publishing online when 95% of their source of subsistence comes from the sales of printed editions and of printed advertising.

Last Friday, IAPA President Christopher Barnes and the President of the Committee on Freedom of the Press and Information, Roberto Rock, sent a letter to the President of Bolivia, Jeanine Áñez Chávez, urging her to open a channel of dialogue with the media and the National Press Association (NPA), with the aim of exploring formulas that would allow media to operate with the necessary levels of sustainability.

Barnes and Rock highlighted that the Bolivian media are facing this crisis with an economic weakness that they have been dragging since they endured more than a decade of economic suffocation by the former government of Evo Morales and by the political crisis at the end of 2019.

"Despite the persecution, censorship and economic suffocation suffered over long periods in times of authoritarian governments, the Bolivian media have always prioritized the right to know of citizens and the promotion of civil liberties as virtues of a democratic society, beyond its own sustainability, " argued the IAPA officers before the current government.

The NPA would be looking for the government to, among other measures, have an equitable policy of distribution of official advertising, explore alternatives regarding social security and labor obligations and eradicate some punitive media taxes, and administrative policies against the media that were imposed during the Morales government.