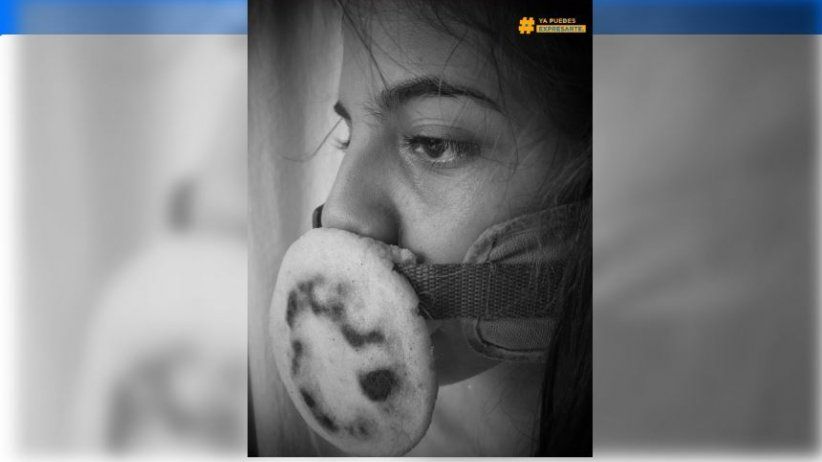 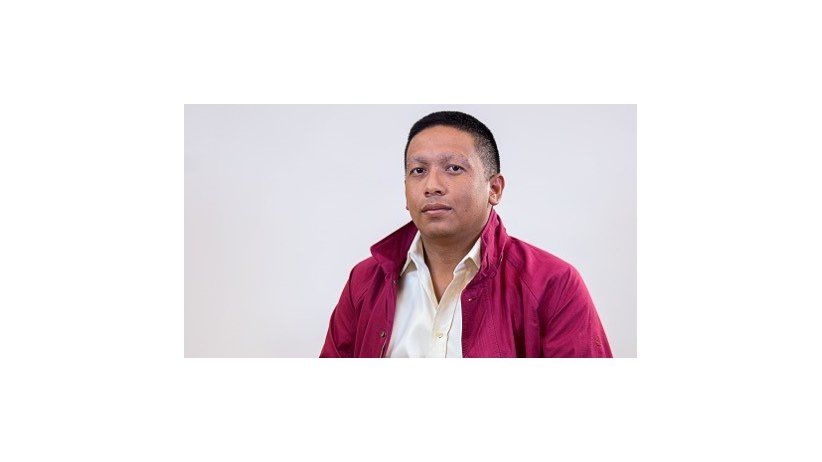 The winner of the #expressyourself contest is Daniel Centeno Perdomo; author of "Bozal de arepa".

Miami (May 27, 2020) - Within the framework of the SIPConnect 2020 virtual conference that is being held this week, the Inter American Press Association (IAPA) announced the winner of its #expressyourself contest and reiterated the need to raise awareness about the principles of freedom of the press and expression in the digital sphere contained in the Declaration of Salta.

The winner of the #expressyourself (#exprésate in Spanish) contest is Daniel Rafael Centeno Perdomo; author of "Bozal de arepa", (muzzle of corn bread) a photograph that the judges felt "masterfully symbolizes the lack of freedom and the scarcity of basic foodstuffs of which Venezuelan citizens are victims".

Centeno Perdomo, a Venezuelan cultural artist living in Mexico, was one of the hundreds of people who submitted their photographic and video proposals to the #expressyourself contest. The four-month contest with original content concluded one of the stages of the IAPA #expressyourself campaign. The contest and campaign were aimed at raising awareness of the rights and duties of users, the media, journalists, digital platforms and governments in the digital age as included in the Declaration of Salta, approved at the 2018 IAPA assembly in Salta, Argentina.

In disclosing his inspiration to create "Bozal de arepa", Centeno Perdomo explained, "having a muzzle of arepa (corn bread) implies giving up your freedom in exchange for put arepa (bread) on the table. It is blackmail, coercion. Venezuelans are currently going through a serious humanitarian crisis where food and fundamental rights are equally scarce. We are conditioned to eat only what is provided by the regime which does not hesitate to suspend the supply to citizens who publicly express their dissent or opposition to its repressive policies. "

The president of the IAPA Subcommittee on Salta, Laura Puertas, of Medcom, Panama City, Panama, said that "we are pleased to share that, in total agreement with the majority vote of the public, we chose the work 'Bozal de arepa' as the winner of the contest for sublimely interpreting the essence of what the disruption of freedom of expression and of the press means and its unfortunate effect on our societies".

For his part, IAPA President Christopher Barnes of the Gleaner Company (Media) Limited, Kingston, Jamaica, congratulated Centeno Perdomo as "the inaugural winner of the contest", and expressed that "we thank everyone who participated for their commitment to freedom of expression and the quality of their works".

The first prize included the transfer of Centeno Perdomo to Miami to participate in the SIPConnect conference, however since it was carried out virtually this year due to the pandemic, he received the cash equivalent.

The contest was developed by IAPA with the support of Hitsbook, under the strategic direction of the digital marketing company DSGN in Miami. DSGN created a comprehensive communication strategy on social networks, Facebook, Instagram and Google, on each of the thirteen principles of the Declaration.

Centeno Perdomo is also a writer of short stories, children's literature, poetry and mini-stories. He has participated in different competitions and has been awarded in Venezuela and internationally for his contribution and cultural entrepreneurship. He is co-author of the digital book Micronopios, a project that embraces the literary genre of micro-fiction.

IAPA recognizes hostile environment against the press in Brazil

The IAPA surprised by judicial laxity that damages Panamanian newspapers