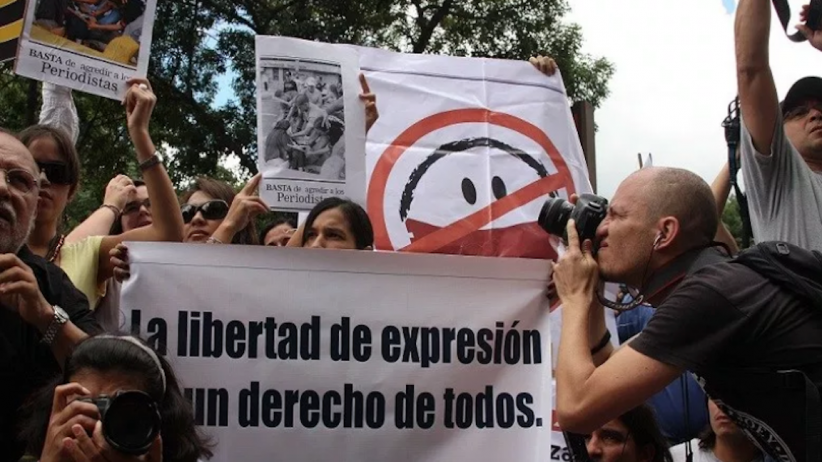 "Charges of 'hate speech' that the political power imputes to its critics through a justice system which lacks independence and does not respect due process."

Miami (July 24, 2020) - The Inter American Press Association (IAPA) censured in Venezuela the recurring accusations of "incitement to hatred" to criminalize and restrict opinion contrary to the ruling party, "a favorite instrument of the Nicolás Maduro regime to gag the press and journalists."

The crime of instigating hatred, a feature frequently used against journalists in Venezuela, is contemplated in the "Constitutional Law against Hate, for Peaceful Coexistence and Tolerance", enacted in 2017. The dissemination of hate messages is punishable by up to 20 years in prison, fines for companies and closure of the media, among other sanctions.

IAPA President Christopher Barnes and the President of the Committee on Freedom of the Press and Information, Roberto Rock, agreed, "this is an additional example of the regime's siege against journalists and the press, disguising censorship and criminalization of criticism with a legality inconsistent with international principles that guarantee freedom of expression in democratic societies."

Barnes, director of The Gleaner Company (Media) Limited, Kingston, Jamaica, and Rock, director of the La Silla Rota portal, Mexico City, condemned frequent arbitrary arrests of journalists during news coverage, and charges of "hate speech that the political power imputes to its critics through a justice system which lacks independence and does not respect due process." They added that in Venezuela the law is used as "a favorite instrument of the Nicolás Maduro regime to muzzle the press and journalists."

Among the most recent incidents, on July 15, journalist Otilio Rodríguez was detained for more than 20 hours at the command of the Bolivarian National Guard (GNB), for reporting on the alleged participation of members of the GNB in ​​the illegal sale of gasoline. He was charged with "instigating hatred". Rodríguez works on the Pura Candela 93.3 FM radio and runs the Carupanero.com and Somos Noticia portals.

That same day, GNB agents arrested and stripped the photo credentials of photojournalist Gleybert Ascencio and drivers Ronald Montaño and Yonathan Torres of the Crónica Uno newspaper. They were released two hours later.

On July 13, Nicmer Evans, director of the Punto de Corte website, was arrested on charges of "instigating hatred". His home was raided, electronic equipment was seized and the Twitter account of the digital medium was disrupted. On July 17, the court upheld the preventive deprivation of liberty against Evans.

Journalists Mimi Arriaga, coordinator of portal 800Noticias, and Marco Antoima, were also charged with instigation of hatred. They are accused of allegedly handling anonymous accounts on social media. Arriaga was arrested on June 18 and Antoima on June 20. This week they were placed into house arrest, were prohibited from leaving the country and from publication of other messages that "incite hatred".

On March 21, journalist Darvinson Rojas was arrested. He was imprisoned for 12 days, accused of "instigating hatred" after posting statistics on Covid-19 in the country on Twitter.