Resolution presented to the IAPA

WHEREAS, Argentina, Chile, Colombia, Ecuador, Nicaragua and Panama, approved laws, issued decrees and circulars; presented bills for constitutional and Penal Code reforms; made efforts to create agencies to monitor and punish malicious information - measures that restrict various aspects of freedom of the press and expression

WHEREAS, in Argentina, in the provinces of Tucumán and Salta, there is a law and an ordinance - respectively - making it possible to penalize with arrests and fines those who spread false news on social networks; it was announced the creation of the official "Observatory of Disinformation and Symbolic Violence in Digital Media and Platforms (Nodio)" - with the supposed intention of "protecting citizens from false, malicious and fallacious news"

WHEREAS the case against the Argentine journalist Daniel Santoro de Clarín was expanded and the accusation of being part of an illicit association dedicated to espionage was incorporated, an unprecedented measure taken without prior investigation and without relying on new elements, which criminalizes the activity of journalism by not knowing the journalist's relationship with his sources

WHEREAS, in Chile a plebiscite on constitutional reform contains ideas on media regulation, and suggests the recognition of the "right to communication" with limitations on media ownership and regulations on content; the Lower House approved norms that introduce penal sanctions for those who justify, approve or deny human rights violations that occurred in the country during the military regime, there is an effort to introduce the crime of "denialism"

WHEREAS, in Colombia a bill establishes provisions for the protection of the fundamental right to honor - which would create rules that would collide with freedom of opinion; more than 130 people - including 52 national and international journalists - reported having been subjected to surveillance and profiling by the military

WHEREAS, in Cuba, Decree 370 establishes broad government control over the Internet to censor and punish opinions contrary to official information; there is an upsurge of accounts that impersonate opposition figures and independent journalists and in the use of trolls and false accounts - the main tool used by the regime to disseminate messages and criticize opposition figures

WHEREAS, in Ecuador, the government issued general and specific circulars to some media outlets - denouncing them for spreading sensationalist and false information about the pandemic

WHEREAS, in El Salvador, attacks by government-controlled individuals and trolls against independent journalists and columnists - especially women - persist

WHEREAS, in Nicaragua the bill for a "Special Law on Cyber-Crime" would punish - with two to four years in prison - anyone who disseminates false information in the digital ecosystem and causes fear or anxiety in the population

WHEREAS, in Panama there are bills to reform the Electoral Code to penalize false news and misinformation, and another initiative that penalizes users of social networks who publish information that affects third parties

WHEREAS, the first principle of the Chapultepec Declaration states that: "There are no free people or societies without freedom of speech and press. The exercise of these freedoms is not granted by authorities; it is an inalienable right of the people"

To urge the governments of Argentina, Chile, Cuba, Nicaragua, and Panama to abandon decrees, laws, and administrative provisions that seek to establish State-imposed ethical rules for the media or to stop sensationalism or disinformation on social networks, since this creates barriers to freedom of the press and freedom of expression - as set forth in Article 19 of the Universal Declaration of Human Rights, and Article 13 of the American Convention on Human Rights

To call on States to adopt the Salta Declaration on Principles of Freedom of Expression in the Digital Age, which in its tenth article states: "Disinformation should not be fought with censorship mechanisms or penal sanctions, but with the promotion of press and digital literacy policies" and encourages technological giants to "adopt self-regulatory measures to prevent the deliberate dissemination of disinformation"

To call upon States to desist from using digital surveillance mechanisms to infringe upon the freedoms and privacy of citizens - as stated in the seventh article of the Salta Declaration. 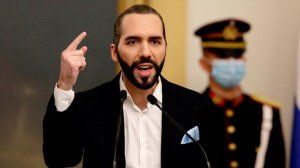