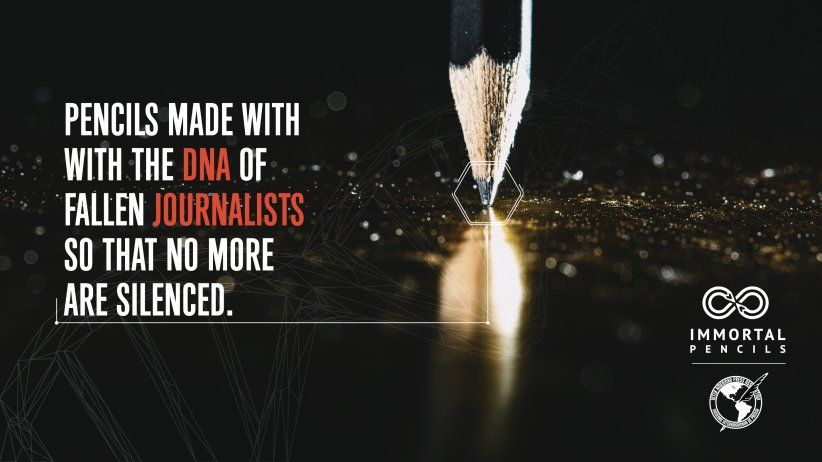 The IAPA asks to join the campaign, https://bit.ly/3eb63gT

Miami (October 28, 2020) .- Presidents Laurentino Cortizo Cohen of Panama and Luis Rodolfo Abinader Corona of the Dominican Republic, used pencils from the new Immortal Pencils campaign of the Inter American Press Association (IAPA) to sign the declarations of Chapultepec and Salta, adopting a new commitment to guarantee freedom of the press and freedom of expression in the digital age.

The presidents signed the declarations last week in virtual events held in the government palaces in Panama City and Santo Domingo, accompanied by local IAPA members.

For the first time, two Latin American leaders signed the Declaration of Salta adopted in 2018. However, the most emotional part of the ceremonies was when both presidents stamped their signatures using pencils from the campaign created to raise awareness about the impunity that surrounds the majority of crimes against journalists; impunity that encourages more violence, censorship and self-censorship.

During the launch of the campaign on October 21, the president of the IAPA Subcommittee Against Impunity, Juan Francisco Ealy Lanz-Duret from El Universal of México, presented a video narrated by journalist Jorge Ramos of the US Spanish-language network Univision. Under the slogan "so that the voice of fallen journalists never die", Ramos explains, "the immortal pencils literally carry the DNA of these journalists who gave their lives to seek the truth", referring to Carlos Lajud Catalán from Colombia, Irma Flaquer from Guatemala and Alfredo Jiménez Mota from Mexico. Lanz-Duret invited the media, journalists and the public to be part of the campaign. A media kit is available here.

In his speech, the President of Panama, Cortizo Cohen, highlighted "the great significance of this act and the tribute it represents for fallen journalists exercising their work.... It is a shame for the States that in the last two decades 500 journalists have been murdered in the Americas, making the area one of the most dangerous in the world for the exercise of journalism. My government supports the demand to investigate these cases so that the impunity that covers most of these crimes is ended".

In the National Palace of the Dominican Republic, Miguel Franjul, vice president of the IAPA Freedom of the Press and Information Committee in that country, when he introduced President Abinader and handled the pencils for the signatures of the declarations, he said "this symbolize IAPA's perpetual tribute to all the journalists who have been murdered in the exercise of their mission in Latin America."