Adopted at the Hemispheric Summit of National Congresses, IAPA, Washington, DC, May 11, 2004.

At this Hemispheric Summit of National Congresses of the Americas on Freedom of the Press the Inter American Press Association offers a series of recommendations to be taken into account in drafting legislative bills for laws on access to public records. The objective is that the people's right to know be respected and guaranteed.

These suggestions are based on the philosophy of the Declaration of Chapultepec, on experience gained in the crafting of similar laws and on contributions to this issue made by other entities that defend freedom of expression.

Any legislation on access to information should establish the commitment of the government that in the medium- and long-term all laws regarding information must be within the framework of the principles of openness and transparency.

Everyone enjoys the right to receive information, and no one should be required to justify a specific interest in order to obtain a public record. The request should be honored whether is made orally or in writing.

The information must be complete, it may not be provided only in part; it should have a reliable and accurate source; it should correspond to the information contained in the official file and not be redrawn or changed.

Legislation on access to government information does not have to require the government to create new documents. The public body should simply provide documents that are already in its possession.

Any meeting at which decisions are made about a matter that is within the scope of public administration must be open to the public. Such meetings should be announced publicly in advance and minutes must be taken of actions discussed and decisions made. The results of these meetings should be noted in an official registry.

The information that may be requested is that which is on file, whether in the form of an archive information stored, electronically or photographically. "Public records" means papers, files, letters, maps, books, photographs, sound recordings or other material, regardless of the physical form or characteristics, produced in the transaction of official business by any public body (Florida state law F.S. 119.011).

A public document is one that includes reports, personal notes, e-mails, memos – "any material prepared in connection with the official affairs of the entity whose intent is to perpetuate, communicate or formalize knowledge of some kind..." To the contrary, what are not public documents are materials prepared as drafts or notes which are merely precursors of the official or public documents and are not intended to be the ultimate product that is to be preserved (Shevin v. Byron Harless, Schaffer, Reid and Associates, Inc. 379 So. 2d 633-640, Fla. 1980).

The burden of proof falls upon the government, not the petitioner, and it is the government that must prove the reason for any refusal to information.

Any exceptions must be previously established under law. When any doubt arises as to whether or not to provide information, full disclosure should be the preferred choice.

Exceptions should not, in general, go beyond national security or factors affecting democracy. The government may refuse to provide information when doing so would threaten substantial harm or damage the interests of the democracy or the society.

An administrative oversight procedure and a process for legal recourse need to be established to guarantee right of access.

Precise consequences should be stated. In some cases, penalties range from warnings to fines, refund of legal costs and disciplinary measures, including dismissal of the offending officials.

It is recommended that training be implemented for public officials so as to gain their cooperation and ensure transparency in their actions.

It is important that those who report wrongdoing or abuse of authority be assured of immunity and confidentiality.

A number of countries have opted for electronic information systems. Some use Web sites and others a centralized database called a federal registry.

In practice, a high-ranking official should be made responsible for making decisions concerning public records. That person should also be in charge of ensuring compliance with the law whenever any official raises doubts or about providing the information or refuses to request for the information.

Public bodies should charge a reasonable fee for copies it produces or to cover the costs of searches for the information requested. High fees discourage requests and transparency.

Recovery of costs should be waived when the information request is justified on the grounds of public interest. 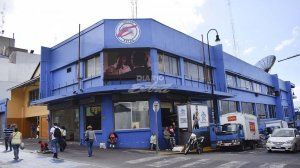