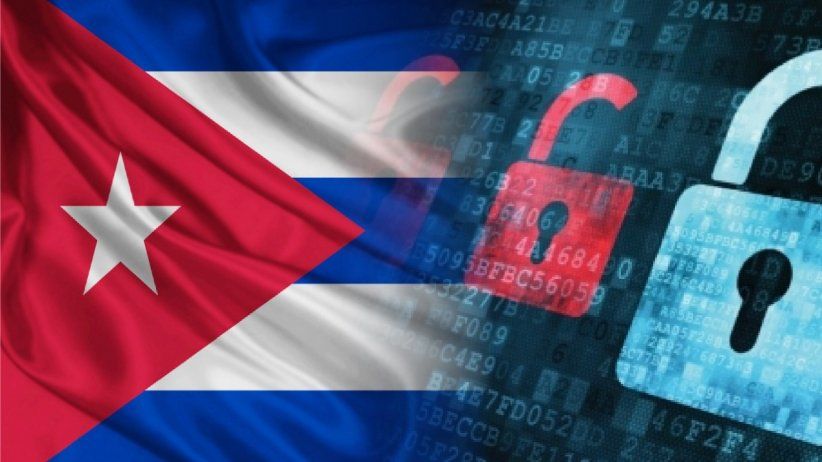 "The government of Cuba represses, censors, imprisons and drowns the voice of its citizens in the face of a silenced international community that seems to have become accustomed to the atrocities and human rights violations on the island," Jorge Canahuati.

Miami (December 1, 2020).- After the strong repression against artists, intellectuals and independent journalists of the San Isidro Movement, the Inter American Press Association (IAPA) fears that "the government of Cuba is in the process of justifying a new Black Spring," that will silence the voice of a new generation of dissidents.

In 2003, in what was called the Black Spring, the late President Fidel Castro's regime thwarted a call for freedom of expression by sentencing 75 dissidents, including activists, doctors, and 32 independent journalists to jail. All were subjected to summary trials and sentenced between 6 to 27 years in prison after being accused of violating Law 88 (known as the Gag Law) that punishes those who conspire with help from foreign governments against national independence and the economy. Years later, most of those prisoners were released due to their poor physical conditions and many were forced to leave the country.

The president of the IAPA, Jorge Canahuati, expressed that "the government of Cuba represses, censors, imprisons and drowns the voice of its citizens in the face of a silenced international community that seems to have become accustomed to the atrocities and human rights violations on the island."

Canahuati, president of Grupo Opsa, San Pedro Sula, Honduras, added that the repression against the San Isidro Movement has unfortunate similarities in its origins and in its containment with that wave of state violence in 2003, "so we fear that the government of Cuba is in the process of justifying a new Black Spring."

Fifteen people – among them, independent journalists Iliana Hernández, from CiberCuba; Esteban Rodríguez, an ADN collaborator, and Carlos Manuel Álvarez, of the literary magazine El Estornudo - were forcibly evicted last Thursday from a house in the San Isidro neighborhood in Old Havana, headquarters of the San Isidro Movement (MSI in Spanish). The activists were holding there a peaceful protest calling for the release of rapper Denis Solís, sentenced to eight months in prison for contempt.

After the eviction, State Security maintains a strict surveillance of dissidents who are prohibited from leaving their homes, arguing that they could spread Covid-19. They justify such action by accusing journalist Álvarez of violating health controls since he returned from abroad and joined the protest. The regime has also blocked Facebook, Instagram, YouTube, as well as access to international media such as the Miami Herald and the El Nuevo Herald, and the IAPA website.

The president of the IAPA Committee on Freedom of the Press and Information, Carlos Jornet - director of the newspaper La Voz del Interior of Córdoba, Argentina- said that "it is not a surprise that the Cuban dictatorship obstructs and impedes the right to freedom of expression, which makes evident more than 60 years of direct censorship against independent journalists and dissidents."

The Vice Minister of Culture, Fernando Rojas, in an unprecedented event, agreed to dialogue last Friday with representatives of the MSI who demanded freedom of expression and the release of Solís, among other requests. However, two days later, the president of Cuba, Miguel Díaz-Canel, denied the dialogue and accused artists and members of the MSI of being mercenaries in the service of the United States and of creating a "media show" with the protest and the hunger and thirst strikes carried out by some dissidents.

MSI brings together young artists, independent journalists and academics. It was created in 2018 in opposition to Decree 349 issued that year to regulate cultural activity, including artistic services agreements. Also requires the approval of the authorities so that artists can present their work to the public.

Canahuati and Jornet, reiterated the IAPA's commitment to remain vigilant and continue fighting so that the Cuban regime begins to be tolerant of freedom of the press and expression.

The report and the resolution of the IAPA of last October, establishes that the government of Cuba has increased repression and censorship against independent media and journalists, activists and citizens, placing the country in the last positions of the Chapultepec Index about press freedom in the Americas.