Award-winning journalists invite colleagues to participate in the IAPA contest 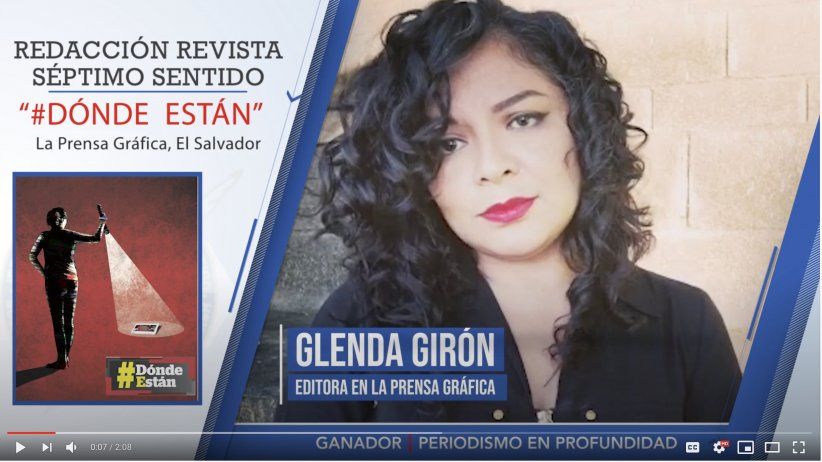 The president of the IAPA Awards Committee, Leonor Mulero, of GFR Media in Puerto Rico, reiterates the importance of recognizing the excellence of journalistic diversity.

Miami, (December 16) .- Journalists recognized with the prestigious Awards for Journalistic Excellence of the Inter American Press Association (IAPA) are urging their colleagues in the hemisphere not to miss the January 30, 2021 deadline to submit their works for next year's competition.

The president of the IAPA Awards Committee, Leonor Mulero, of GFR Media in Puerto Rico, reiterates the importance of recognizing the excellence of journalistic diversity. "This commitment of the IAPA becomes more essential now, when the COVID-19 pandemic adds to the serious obstacles that journalism workers face to defend press freedom, human rights and the fight against corruption", Mulero points out.

"This type of recognition helps us to continue believing, which is not a minor matter in these hostile times that we are living thru. Believing that it is worthwhile to continue our efforts so that stories that are often ignored or are directly silenced come to life", says Migue Roth, winner in the Opinion category for his article "Las puertas sagradas" (The sacred doors) published on the Angular portal, Argentina.

See and hear from award-winning journalists in the 2020 IAPA contest. (Spanish)

The IAPA contest annually recognizes the best works published in alternative or long-established journalistic media, whether or not they are members of the IAPA. The new call, which closes on January 30, 2021, will consider works published in 2020 in newspapers, weeklies, magazines or online publications, as well as in audiovisual media.

Glenda Girón, from La Prensa Gráfica in El Salvador, shares what the journalism in depth award represents for the Newsroom of its magazine Séptimo Sentido (Seventh Sense) for #Dónde están (# Where Are they). "This distinction has meant a boost to this kind of journalism, to those who stay, those who listen, those who raise awareness, as necessary as a first step to generate changes," says Girón.

Each category carries a $2000.00 monetary prize. To participate in the IAPA contest, just click here.

"I wanted to invite you to participate in this fantastic contest that recognizes the quality of all professionals who work around journalism," says Cristián Fiol, whose work "Apolo 11: The mission that marked the history of Humanity", in El Mercurio, Chile, obtained the award in Infographics.

Gilberto Bobadilla De Anda, awarded by El Peje, a cartoon published in Eje Central news portal, in Mexico, addresses his colleagues: "If you have the opportunity to participate with your work, I would like to comment to all my fellow journalists, cartoonists, illustrators and designers which is a very good experience and is a very important award at the international level".

See here the video of the 2020 IAPA Awards (Spanish language).