IAPA's concern over increased attacks against journalists in Latin America 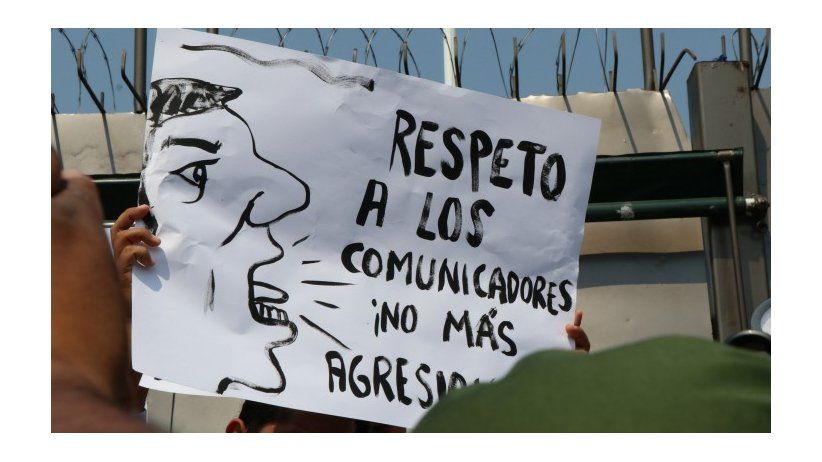 Requested the authorities in each country to respect and guarantee freedom of the press.

Miami (December 17, 2020).- The Inter American Press Association (IAPA) expressed concern about numerous attacks against Latin American journalists registered in recent days, including the murder of a reporter in Mexico, and requested the authorities in each country to respect and guarantee freedom of the press.

Carlos Jornet, chairman of the IAPA Committee on Freedom of the Press and Information, expressed "the extreme concern of our organization for the increase of aggressions and attacks against journalists this year, in which journalists also had to overcome many obstacles to accessing official sources." He added that unfortunately many governments, regardless of their ideology, tend to discredit the work of journalists.

The editor of the newspaper La Voz del Interior, from Córdoba, Argentina, explained that physical assaults, arbitrary arrests and threats against journalists, as well as attacks, cyberattacks and lawsuits against the media, are becoming more common.

Jornet underlined the IAPA's deep concern over the murder of 22 journalists in 2020, one of the deadliest years for the profession. Eleven of those journalists were murdered in Mexico; the most recent case was the killing of photojournalist Jaime Castaño, on December 9, in the state of Zacatecas. Three journalists were killed in Honduras, two in Venezuela, two in Guatemala, and one in each of the following countries: Barbados, Brazil, Colombia, and Paraguay. In Peru, the whereabouts of a female reporter remain unknown.

Among the most recent events, Jornet referred to the case of Venezuela, where the journalist of the Crónica Uno portal, Yohana Marra, was intimidated by a congressman of the ruling party, Mario Silva, in his television show La Hojilla. Marra had been reporting on the death of about 20 people who were trying to get to Trinidad and Tobago from Venezuela by boat. In addition, in that country, several national and international media reported that they were attacked during the December 6 parliamentary elections.

Jornet also emphasized recent attacks in Panama. The National Police yesterday contained protesters with evident abuse of authority and tried to prevent journalistic coverage. Photojournalist Bienvenido Velasco, from the EFE News Agency, was surrounded by the police, attacked from behind and briefly handcuffed.

In the Dominican Republic, photojournalist Julio Benzán was illegally locked up by two security guards in a dark room at the Darío Contreras Hospital in Santo Domingo. The incident occurred after Benzán, from the digital newspaper Ciudad Oriental, took several photographs that showed people jammed into the medical institution without any type of social distancing despite the pandemic.

Jornet also welcomed the joint petition by organizations defending journalistic activity in Brazil (Associação Brasileira de Jornalismo Investigativo), Paraguay (Forum of Paraguayan Journalists), Uruguay (Center for Archives and Access to Public Information of Uruguay) and Argentina (Forum of Argentine Journalists), to the Mercosur authorities to cease judicial harassment against journalists and guarantee the defense of professionals who are dedicated to investigating corruption cases in their countries.