Miami (December 23, 2020).- The Inter American Press Association (IAPA) condemned the murder in Honduras of Pedro Arcángel Canelas, the fourth journalist killed this year in the Central American country. The organization urged the authorities to investigate expeditiously to find out the motive and to point out and judge the perpetrators and masterminds of the crime.

Canelas, owner of Radio Bambi and presenter of the news program "Correo Informativo", was assassinated on December 19th in the municipality of Dulce Nombre de Culmí, department of Olancho. He died in a hospital after being shot by a stranger on a motorcycle. In his last program on December 10th, Canelas informed about referred to the increase in violence in that area of ​​the country and the ineffectiveness of the security forces.

IAPA president Jorge Canahuati condemned the murder and expressed his solidarity with the journalist's family and colleagues. Canahuati, president of Grupo Opsa, from San Pedro Sula, in Honduras, called for "not to leave the murder in impunity, so that the family and society know the truth and those responsible are brought to justice".

The president of the Committee on Freedom of the Press and Information, Carlos Jornet, director of the newspaper La Voz del Interior, from Córdoba, Argentina, asked the authorities to be more efficient on the protection and security of journalists. The October IAPA report read that 29 Honduran journalists have security measures in place.

This year Luis Alonso Almendares, an independent journalist in Comayagua, was assassinated on September 27th, and Germán Vallecillo Jr., a journalist, and Jorge Posas, a cameraman, both from Channel 45, were murdered in La Ceiba, on July 1st.

In 2020, 23 journalists have been murdered in the Americas: 11 in Mexico, four in Honduras, two in Venezuela, two in Guatemala, and one in each of the following countries: Barbados, Brazil, Colombia and Paraguay. In Peru, the whereabouts of a reporter remain unknown. 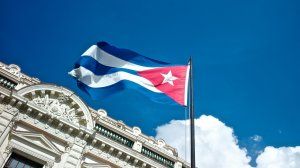