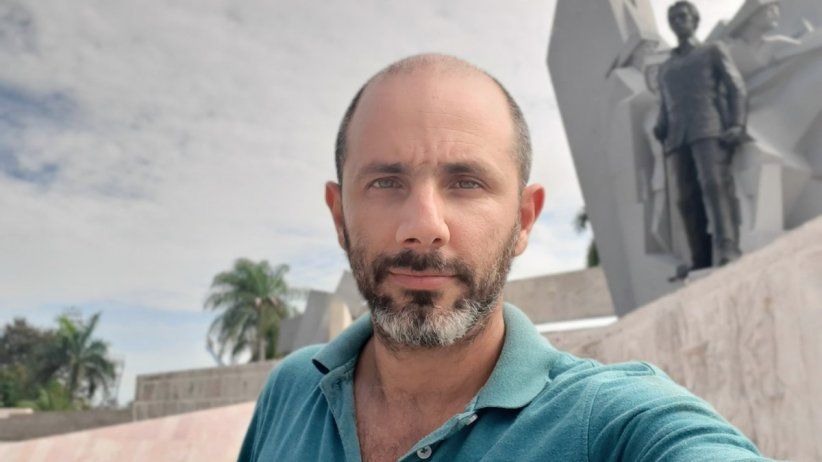 Henry Constantín, vice president of the IAPA in Cuba, is imprisoned since Sunday

The IAPA has also obtained information from sources close to the police that two detained journalists from La Hora de Cuba, Neife Rigau and photographer Iris Mariño, will be released and held under house arrest.

The IAPA learned that charges would be brought against Constantín, who has been detained since Sunday. He is expected to face trial. Sources who preferred to remain anonymous indicated that a high-ranking police officer said that Constantín "is very involved", alluding to his role as director of the magazine and as regional vice president of the IAPA's Committee on Freedom of the Press and Information in Cuba.

IAPA President Jorge Canahuati, and Committee on Freedom of the Press and Information President Carlos Jornet, demanded "the immediate release of Constantín, Rigau and Mariño," and blamed the Cuban government for "the outrageous actions."

"Our solidarity is with Henry's family and his colleagues," said Canahuati, from Grupo Opsa, Honduras, and Jornet from La Voz del Interior, Argentina. Canahuati and Jornet said that the journalists "committed the 'serious crime' of reporting and acting as independent journalists and commenting on violations of press freedom."

The IAPA directors warned that the isolation to which they are all subjected is unjustified and represents "immeasurable arbitrariness, the lack of due process to which the Cuban government has accustomed us."

On Sunday, the police raided Constantín's home, seizing cell phones, computer and money. The police took Constantín away in handcuffs. In another incident in Havana, the correspondent for the Spanish newspaper ABC, Camila Acosta, was also arrested, accused of "contempt and public disorder."

As it was reported, following the protests that began on July 11 throughout different Cuba cities, more than 5,000 people have been arrested, including about 120 activists and journalists.