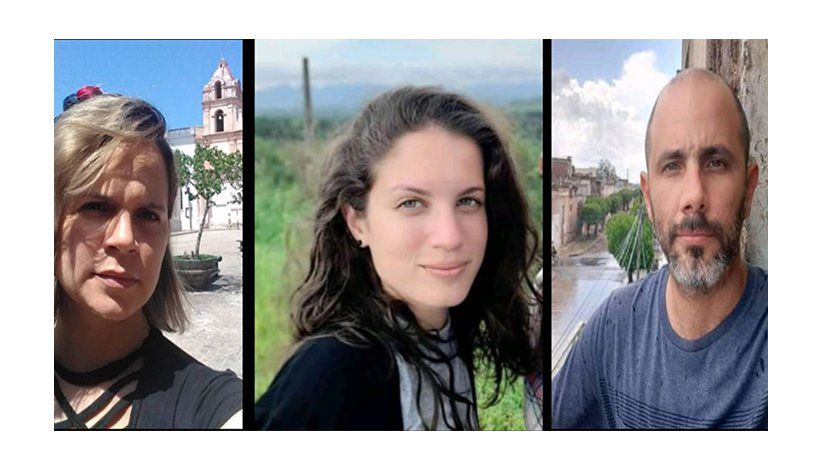 Cuban journalists Henry Constantín, Iris Mariño and Neife Rigau are currently imprisoned and have been held incommunicado since July 11.

Miami (July 19, 2021).- The Inter American Press Association (IAPA) calls on the Inter-American Commission on Human Rights (IACHR) to urgently grant precautionary measures to protect three Cuban journalists who have been detained and have been held incommunicado since July 11.

The IAPA said that legal actions should be taken to safeguard the journalists as they consider it a "serious situation."

IAPA president Jorge Canahuati, and President of the Committee on Freedom of the Press and Information Carlos Jornet said that the situation in Cuba deserves urgent actions on the part of the international community.

"We are convinced that the authorities want to use the journalists as an example in order to warn other independent journalists by exerting pressure against Constantín Ferreiro, who is already restricted in his movements, and by threatening him since he began to serve as regional vice president of our Committee on Freedom of the Press in Cuba," said Canahuati, CEO of Grupo Opsa, from Honduras, and Jornet, director of the newspaper La Voz del Interior, from Argentina.

Although the IAPA recognizes that there are numerous cases in Cuba that require strong actions on the part of the IACHR, it has decided to focus on the cases of Constantín Ferreiro, Mariño, and Rigau, taking into account that they were arrested on July 11, 2021, and have remained incommunicado. The IAPA said that the journalists' family is unaware of the conditions they face since the arrest.

The Inter American Organization said that the IACHR must consider the serious and risky situation confronting these journalists, and argued that they have been victim to threats and harassment in recent years due to their independent work.

In its request, the IAPA urged the IACHR to extend legal measures that would protect the families of Constantín Ferreiro, Mariño, and Rigau, for fear of reprisals by the regime.